The increase of low-grad-rate schools in some states is a "roadblock" on the way to a milestone 90% graduation rate, study finds. 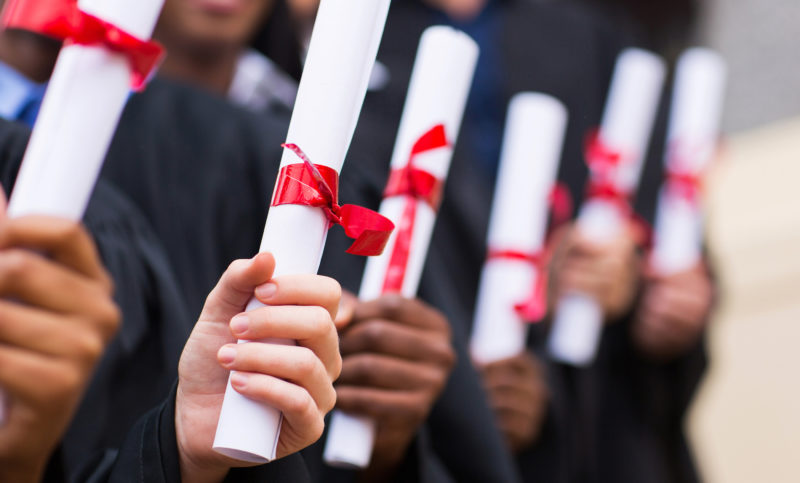 The U.S. high school graduation rate reached  a record high of 82.3 percent in 2014, according to the latest Building a Grad Nation report. Improvements were seen in all  subgroups and the number of low-graduation-rate schools decreased overall. The report points out, however, that much works needs to be done to reach the national goal of a 90 percent graduation rate by 2020.

The GradNation campaign is led by Civic Enterprises, the Everyone Graduates Center at the Johns Hopkins University, America’s Promise Alliance and the Alliance for Excellent Education. For seven years, the four organizations have released updates on the progress and the challenges in increasing graduation rates across the nation.

For the first time, the GradNation report analyzes data using new criteria established by the Every Student Succeeds Act (ESSA), passed by Congress in December to replace No Child Left Behind, to identify low-graduation-rate high school schools. Despite an overall decline nationally, these schools "pose a significant roadblock" in the effort to reach that landmark 90 percent graduation rate.

“As the number of low-grad-rate schools grows in some states, it is necessary to take a closer look at when and where these schools are part of the solution or a wrong turn on the path to 90 percent  graduation rates for all students,” says Jennifer DePaoli, senior education advisor at Civic Enterprises and the report’s lead author. 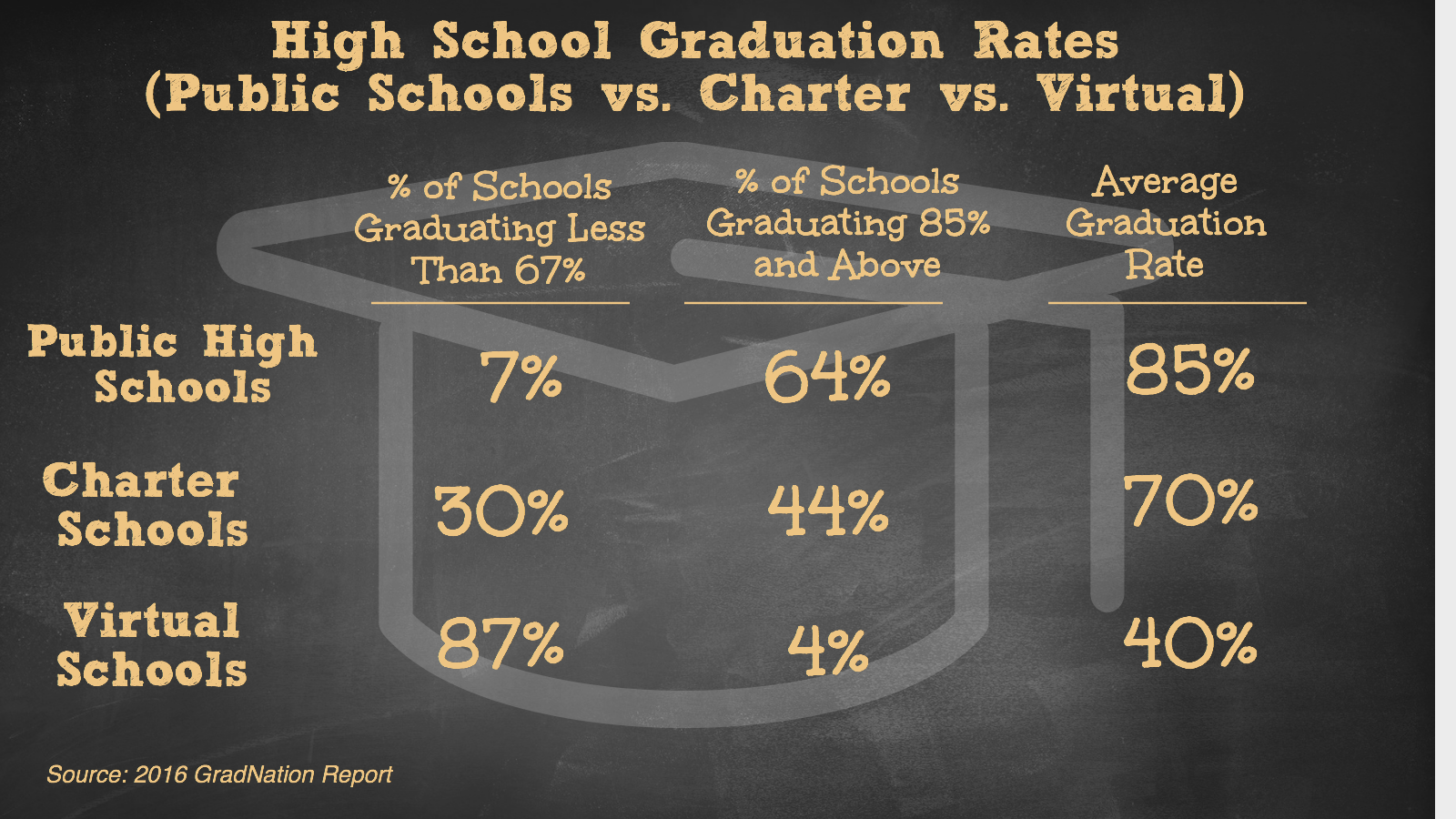 Virtual schools, which offer full-time instruction online and represent a slim 1 percent of all high schools, have the highest percentage of low-graduation schools - 87 percent . The average graduation rate for virtual schools is 40 percent .

The GradNation report states that "in light of the finding that alternative, charter, and virtual schools make up only about 10 percent of high schools, yet make up more than 50 percent of low-graduation-rate high schools nationwide, states should not be permitted to exclude alternative, charter, and virtual schools from the statewide accountability and improvement system required under ESSA."

Accordingly , the report recommends that charter, virtual, and alternative schools, as well as traditional high schools, are monitored and provided with the necessary support to improve graduation rates. Specifically, the report recommends giving graduation rates the weight they deserve in ESSA so that schools and districts are held accountable for graduating underserved students.

States are also urged to provide real pathways to engage students who have fallen off track. With strong relationships between adults and student, strong tailored instruction and engaging learning opportunities, a student has a stronger chance of getting back on track for graduation.

These resources "should be at the core of any school or program, particularly those serving vulnerable student populations," the report states.