Over-Policing in LAUSD Gives Way to Safe and Just Schools 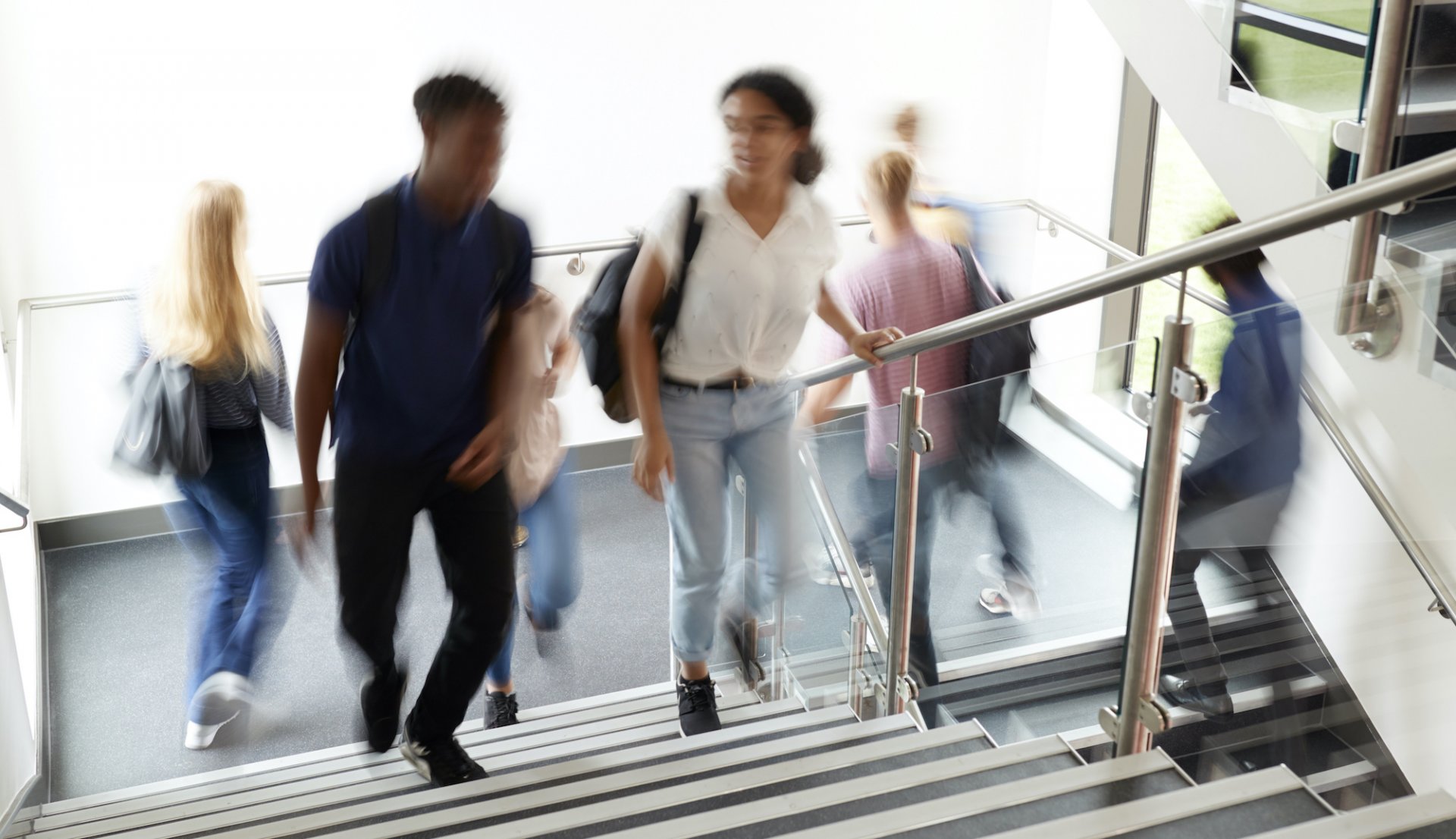 “Then the officer never showed up,” Lee says. “It was an unnecessary trauma on my nephew and our family, and he wound up changing schools. But it wasn’t unusual. Black students tend to be targeted when police are present.”

Lee, a special education teacher at Saturn Elementary in Los Angeles, has long supported the student-led movement to end the over-policing in schools

“Children shouldn’t show up for learning in a place that looks like a prison and be treated like criminals,” she says. “Students need positive, not punitive, approaches to education.”

That’s why Lee was thrilled when the Los Angeles Unified School District (LAUSD) approved a plan last February to cut a third of its school police officers and redirect that $25 million into programs that ensure Black students thrive.

The plan envisions creating welcoming and nurturing schools for all students, whether Black, brown, AAPI or white, Native or newcomer, while also acknowledging a history of police being sent into to schools to target, monitor and punish Black and brown students. By directing resources to 53 schools with high concentrations of Black students, this plan reimagines a school community that sets students up for fulfilling lives, where behavioral and mental health issues are addressed by providing students with proven solutions that work -- school safety coaches, more health and human services, restorative justice coordinators, culturally-relevant curriculum and ethnic studies. The district would also provide funding for ten of the 53 schools to become community schools, bringing the total from 30 to 40 community schools in the district.

Community schools are public schools that have undergone a process to engage every stakeholder of a school community -- including the students, staff and parents as well as local organizations -- to identify the most pressing needs of students to enable them thrive in school and out. When students and families thrive, it increases the well-being of the entire community surrounding the school.

Community schools typically focus on partnerships that provide expanded learning opportunities, health and social supports and services, family and community engagement, and early childhood development. Particular programs and services may vary school-to-school based on local needs and goals, but all of them ensure that children are physically, emotionally, and socially prepared to learn.

As LAUSD recognized, community schools emphasize that wellness and mental health of students are just as important as the curriculum they receive. They also offer racial justice strategies for a schools’ Black and brown students who haven’t had educational equity.

“It just makes sense for so many schools who experience a dearth of resources, and the approach of community school is just healthier for everyone,” she says. “A holistic approach that centers schools as hubs of communities, where parents and community members are an integral part rather than shut off, where they’re welcomed in and not standing on the other side, where needs are met and voices are heard – it’s the way a community is supposed to be.”

No matter where the school is located, no matter what the income levels of families might be, there are assets throughout it and a community school helps identify them and acts a distribution center for them, she says.

In a community school, rather than having a police officer counsel students, Lee says, “we want to hire an actual counselor. Community schools can help identify partners to provide them, and the funding we had used for police can help fund them.”

Focusing on positive rather than punitive measures is always a good thing, Lee says, but what’s more, a community school helps teachers focus on their expertise while partners focus on mental health and wellness.

“I can’t be all things to all students, no matter how hard I try,” she says.

She recalls staying at her building for hours after the school day ended trying to help a family with housing. She noticed that the family was on the playground for hours and hours. When she spoke to the mother in her native language – both women are from Belize – she realized they had no shelter.

“The family of four children and two adults used motel vouchers, then slept in a crawl space underneath another house,” Lee says. “We all chipped in to find them shelter for the night and one of our teachers who had done work with homeless youth looked for a nearby family shelter.”

While they provided a stop-gap, Lee says a Community School Coordinator, which is a full time position incorporated into every community school who secures partnerships to provides services, would have known how to help this family with an immediate, long term housing solution rather than “having us dialing blind,” Lee says.

Campus police officers will still monitor schools and be available for emergencies, according to LAUSD, but the use of pepper spray and chokeholds on students is now banned. Schools will be able to use their funds to hire “school climate coaches” from the community instead of police, who will use nonviolent ways to de-escalate tense situations while promoting student engagement and elevating student voices.

Saturn Elementary is an arts and media magnet school that serves a large special needs population from the area. Lee says that though they won’t be among the ten new community schools, the model resonates with the Saturn community and other schools throughout the district.

“We certainly want to become one LAUSD’s growing number of community schools in the future,” she says.