With Passage of Every Student Succeeds Act, Life After NCLB Begins

It's official: The NCLB era is over and the Every Student Succeeds era is here. How does the new national education law forge a new path on testing and opportunity?

On December 10, President Obama, with a stroke of a pen, made it official: the No Child Left Behind era is over. Obama signed into law the Every Student Succeeds Act (ESSA), one day after it was passed by an overwhelmingly bipartisan vote in the U.S. Senate, which followed broad passage in the House last week.

The Every Student Succeeds Act is the seventh reauthorization of the landmark Elementary and Secondary Education Act, first passed in 1965, and the first since 2002 when NCLB became law. This reauthorization has been years in the making and suffered through several false starts, but it picked up steam in 2015 as opposition to the rigid and punitive “test and punish” regimen imposed by NCLB intensified and several education groups, including the NEA, lobbied Congress to get the job done.

“Students can’t afford to live another year under No Child Left Behind,” NEA President Lily Eskelsen García said repeatedly this year. Major progress was made over the summer with the passage of two separate reauthorization bills – the Every Child Achieves Act in the Senate and the Student Success Act in the House. In November, leaders from both chambers met and hammered out the compromise final bill – the Every Student Succeeds Act.

President Obama signs the Every Student Succeeds Act into law on Dec. 10, 2015.

Critical to this entire effort was the unprecedented mobilization and advocacy of public school educators across the country. Although it took too long for NCLB’s staggering failures to register with many lawmakers in Congress, educators and parents have known for more than a decade that scrapping NCLB and replacing it with a law that provides more opportunity for all students and more time to learn was an urgent national priority.
Their hard work, says Eskelsen García, was worth it.
“This is a deserved victory for public education because the Every Student Succeeds Act will ensure all students have equal opportunity to a high-quality public education regardless of ZIP code,” Eskelsen García said.

Every Student Succeeds Act: The Basics

What ESSA sets out to do is strike the right balance between the respective roles of the federal, state and local governments in formulating education policy. The consensus over the past few years was that NCLB was heavily tilted toward the federal side but for the wrong reason. The original ESEA’s emphasis on ensuring equity and opportunity was brushed aside while new rigid, punitive mandates dictated to states how students and schools should be evaluated. The Every Student Succeeds Act goes a long way in defanging NCLB’s grinding test and punish regime, lays a path for new flexible pillars of school accountability and reaffirms the original law’s vision that ZIP code shouldn’t determine the quality of a child’s education. 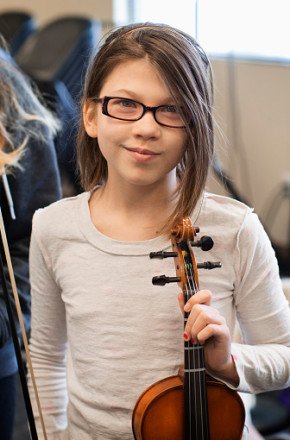 ESSA begins to close the opportunity gaps for students by providing a new system that includes an ‘opportunity dashboard’ with indicators of school success and student support.

Throughout the reauthorization process, NEA’s focus has been threefold: decouple standardized testing from high-stakes decisions, create an “opportunity dashboard” to help close opportunity gaps in needy schools and elevate the voices of educators in the policymaking process. Based on these measures, ESSA has the potential to be a game-changer.

Opportunity Gaps in Focus. For the first time, state-designed accountability systems must include at least one indicator of school success or student support to determine where holes should be filled. These indicators might include lack of school counselors, or inadequate access to advanced coursework or a richer curriculum.

Less High-Stakes Testing. ESSA will still require annual tests in grades 3-8 and once in high school. However one of the linchpins of NCLB, the so-called Adequate Yearly Progress (AYP) mandate, is history. For years, this provision dangled threats of punitive measures, including closure, over struggling schools if they didn’t meet narrow federally mandated test-based measures of accountability. ESSA provides funding for states to audit and streamline assessment systems, eliminate redundant and inefficient assessments and improve them. The new law also creates a pilot program for state-designed assessment systems that are driven by teaching and learning, rather than accountability, that best inform instruction. And where states allow, ESSA maintains the right of parents to opt their children out of statewide academic assessments and allows states to limit the amount of time students spend taking annual tests.

Greater Educator Voice. Over the past decade, educators’ expertise has been muzzled by NCLB’s unreasonable and unworkable federal mandates. There was simply never any room for a second opinion. While ESSA preserves the historic federal role in protecting the most vulnerable students, it also recognizes that top-down doesn't work for everything. The new law prohibits the federal government from mandating teacher evaluations or defining what an “effective” teacher is and calls for many decisions for local schools and states be determined by collaboration between educators, parents and other community members. “Educators will have a seat at the table when it comes to making decisions that affect their students and classrooms,” said Eskelsen García.

Even after the historic passage of ESSA, the work in many ways is just beginning. Because the new law does away with so many federal mandates on everything from assessment, accountability and evaluation, state legislatures will be playing a decisive role in determining how ESSA is implemented. It’s now up to the states to work with local stakeholders and districts to design, for example, new and better assessments and accountability systems and follow-through on identifying and filling opportunity gaps.

Want to be "in the know" about how the new law should be implemented? Sign up for updates.