10 national education groups took center stage at a joint press conference to urge legislators to put the nation’s students ahead of no-action politics. 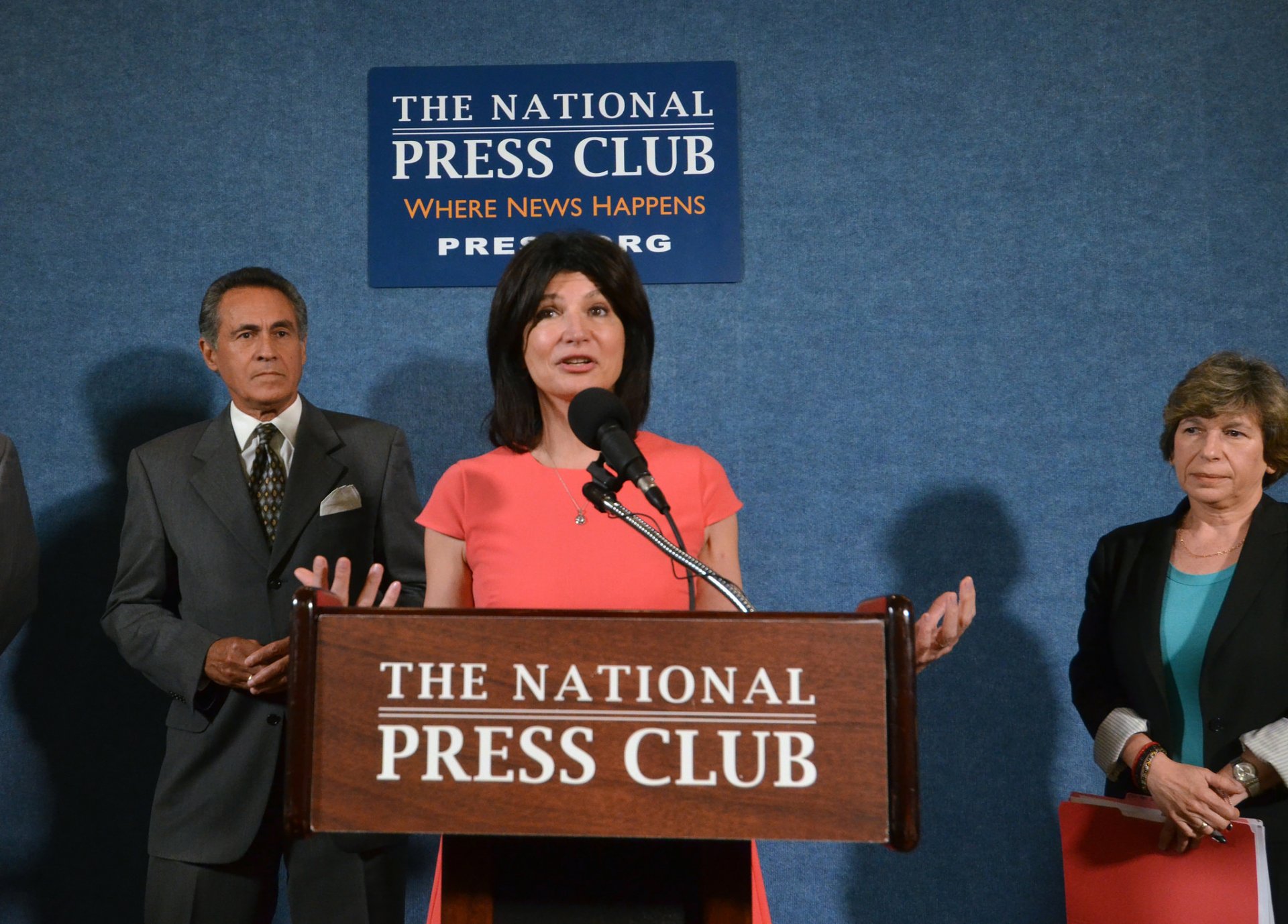 A day after 10 national education groups held a joint press conference near Capitol Hill urging Congress to act on reauthorizing the Elementary and Secondary Education Act (ESEA), the Senate announced Wednesday it will begin debate of ESEA following the Fourth of July recess.

“No student should start another school year living under the current failed education policy,” Lily Eskelsen García, president of the National Education Association (NEA), said Tuesday at a news conference held at the National Press Club.

After years of nationwide protests by educators, parents, students, and community groups, members of the Senate Committee on Health, Education, Labor, and Pensions (HELP) unanimously approved on April 16 a bipartisan redraft of No Child Left Behind (NCLB). Dubbed the Every Child Achieves Act of 2015, it is now set for debate and a full vote on the Senate floor. ESEA was supposed to be reauthorized in 2007. The most recent reauthorization was NCLB, enacted in 2002.

“The nation's K-through sixth-graders have spent every day of their K-12 experience under an outdated and broken ESEA,” said Daniel Domenech, executive director, AASA, The School Superintendents Association.

“What we have now is a fixation on high-stakes testing thanks to NCLB and exacerbated by Race to the Top,” she said. “(This) isn’t working for kids, parents, communities or teachers.”

Weingarten cited data from the National Assessment of Educational Progress that shows under NCLB and Race to the Top progress in closing the achievement gap had slowed down as compared to the 1970s, 1980s and 1990s when tests were fewer and investments in equity were greater.

“The (new) Senate bill protects the law’s original intent,” she added. “To target services to districts and schools serving high concentrations of children living in poverty.”

Several conference speakers noted how the bill scales back overly prescriptive federal interventions while providing states much more flexibility in developing their own accountability systems. NEA seeks to build on the progress made by the HELP committee with an “opportunity dashboard” at the center of a new accountability system.

This system would not only help ensure that students are college-and career-ready, but also include indicators of school quality and student success, such as graduation rates. It would also attest to students’ access to resources and supports like advanced coursework, fully qualified teachers, specialized instructional personnel, high-quality early education programs, and arts and athletic programs.

At the news conference, each speaker adamantly agreed that the reauthorization of ESEA is long overdue.

“This call to action,” said Thomas Gentzel, executive director of the National School Boards Association, “puts the interests of our nation’s 50 million public school children first, as the bill itself reflects the public will – community ownership of public schools and strong local governance.”

National Association of State Boards of Education Executive Director Kristen Amundson said one of the biggest benefits from a bipartisan ESEA reauthorization vote would be the confidence it would inspire in state officials to move forward.

“The work of improving our schools takes time,” Amundson said. “Which means states need predictability as they make their plans.”

Gail Connelly is executive director of the National Association of Elementary School Principals, whose members serve more than 33 million children from preK–8. He asked school principals, teachers, parents, state and district leaders to “implore Congress to finish the bipartisan work as the nation's public schools and the children depend on this action to meet the learning needs of students.”

The president of the National Association of Secondary School Principals, G.A. Buie, also called on Congress to debate, amend and advance the bill.

“We are one year past the aspirational goal of universal proficiency … a goal created at a time when Congress had little understanding of what such a goal means or what it would take to get there,” Buie said. “And each day, principals look into the faces of students and lament that this is the best that Congress will do for them.”

Legislators who have postponed the NCLB debate took a shellacking at the press event, though were given credit for having made some progress over the last year.

“We cannot lose this momentum,” said Chris Minnich, executive director of the Council of Chief State School Officers. “Our kids, our classrooms and our states cannot wait another year and continue under this expired, outdated federal law.”

But it is not only students who are being shortchanged, says Nathan Monell, executive director of National PTA.

“Families have waited for more than eight years for the reauthorization,” he said. “(We) believe bipartisan legislative action is essential to provide support and critical resources to states and districts to strengthen family engagement, increase student achievement, and accelerate school improvement efforts.”

Included in the call to action is The Association of School Business Officials International. Though not present at Tuesday’s press conference, the group’s Executive Director John Musso said earlier in a press release that students are “shortchanged every day that Congress delays reauthorizing ESEA. The modernized ESEA provides all students – regardless of income, gender, race, or ability – the quality education they deserve.”

Make sure educator voices are heard! Visit getesearight.com and tell the Senate to get serious about opportunity for all and more time to learn.