The Every Student Succeeds Act is a massive opportunity to refocus education in this country - but only if educators speak up now on behalf of their students.

It’s only April, but Bakari Shead, a second-grade teacher at Stern Elementary School in Greenville, Miss., is already looking toward the 2017-18 school year, which is when state education departments are required to submit implementation plans for the Every Student Succeed Act (ESSA)—the law that replaced No Child Left Behind.

To carve out a path that leads to student success, Shead and other educators of the Greenville Association of Educators (GAE) held a town hall meeting on April 7 to discuss ESSA implementation that included nearly 40 stakeholders, among them parents, grandparents, and pastors. The meeting centered on educating community members on ESSA, as well as how to provide the best opportunities for students and educators under the new law.

“Before implementing anything, people have to know about it,” says Shead, a native of the Mississippi Delta and vice president of GAE. “We want a community of supporters who understand the law, what’s at stake, and the the collective responsibility we have to get implementation done on a local level.”

The meeting in Greenville is one of many across the country that has kicked off this month, as part of NEA’s “Spring Into ESSA: Season of Action,” a national push to encourage local associations to take advantage of the opportunities ESSA affords educators, as well as connect with NEA for assistance and support.

“[ESSA]…is a massive opportunity to refocus education in this country,” said NEA President Lily Eskelsen García during an ESSA implementation phone forum with educators from across the country. “But this opportunity will only be realized if educators speak up on behalf of their students and lead when they have a seat at the decision-making table.”

Some states are in a good position to start the implementation process, such as Oregon. The state laid the foundation for implementation by collaborating with state education officials early on through meaningful work on evaluations and assessments.

In Mississippi, however, there’s a sense of “urgency” to get ahead of the federal law, says Sheila Washington, UniServ director for the Mississippi Association of Educators (MAE).

“We have a governor who isn’t pro-public anything,” she says, referring to some of the repressive policies and setbacks the state has faced, including the most recent defeat to fully fund public education.

“ESSA creates a spirit of hope that all is not lost. Educators still have opportunities to promote change and be a part of that change, and we must take more of an active role,” adds Washington.

It’s one thing to be invited to dinner, where—maybe—you’re asked to bring an appetizer or dessert. It’s a game-changer when you’re the one deciding the main course, requesting the side dishes, and setting the table.

“As educators, this is our party. We’re inviting the guests and setting the table with what’s best for students,” says Washington. 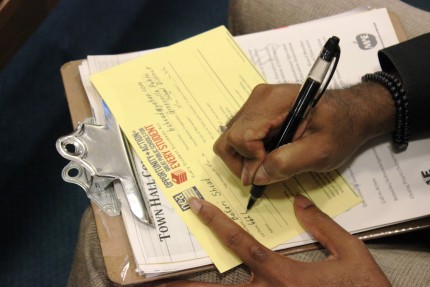 Through ESSA, educators can influence multiple decisions, such as the components of state accountability plans. For example, how much weight to ascribe to tests and what school or student supports should be included? Educators also can help decide what tests should be eliminated and how school assessments and interventions should be designed and by whom.

In addition to town halls, educators can take a number of actions, such as meeting with parent advocates, school officials, and community organizations to ensure ESSA includes the voices of those closest to students.

How to Get Started

For GAE, the gathering in Greenville served as a stepping-stone to educate school staff and community members on the new law, which—at minimum—should be happening now.

It also helped to secure commitments from those in attendance to take action, such as talking to school board members about ESSA and ensuring they support the collaborative development and implementation of a plan with the local association. One way to do this is by passing a school board resolution.

“We want to tap into the talents and professional expertise of educators and those in the community, and move them to a place of understanding so that—here in the Mississippi Delta—students have the resources and opportunities they deserve,” says Shead.

A key outcome from the meeting was connecting with the local superintendent, Leeson Taylor, to ensure educator voice is a part of the implementation process.

“We already know we have limitations with the governor’s office, but we can influence policy on a local level,” says Washington, who says the superintendent is supportive of GAE and has already committed to establishing an ESSA ad-hoc committee, where educators can help craft educator-driven policies.

If you’re not sure what to do, here are some tips to help you get started:

1. Begin with an audit of tests. Kentucky educators from the Jefferson County Public Schools, for example, engaged with district leaders and conducted a testing audit. The result: the elimination of 16 high-stakes standardized tests.

2. Use NEA’s “Opportunity Dashboard,” which offers a range of school quality gauges, to determine what you would like to see in local implementation plans. For example, as a measure of student success, schools can include graduation rates to allow for meaningful differentiation of school performance. In Greenville, this has been a top focus.

3. Connect with your local association (local president or UniServ director) and work with other educators to meet with parent advocates, school officials, and community organizations to ensure ESSA includes the voices of educators; lead on securing more time to learn by demanding state and local testing audits, as recommended under ESSA; and organize community forums to ensure widespread understanding of ESSA.

5. Engage the superintendent and school board members about early plans for ESSA implementation. If there isn’t a plan in place, start one.

“Don’t sit along the sidelines,” suggests Washington, who explains that there are three types of people: those who make change, those who watch it, and those who wonder what happened. “This law is going to allow educators to have a real say in the decision-making process so let’s be a part of that process and create the change we know best serves students and our profession.”