Student Activism on the Rise 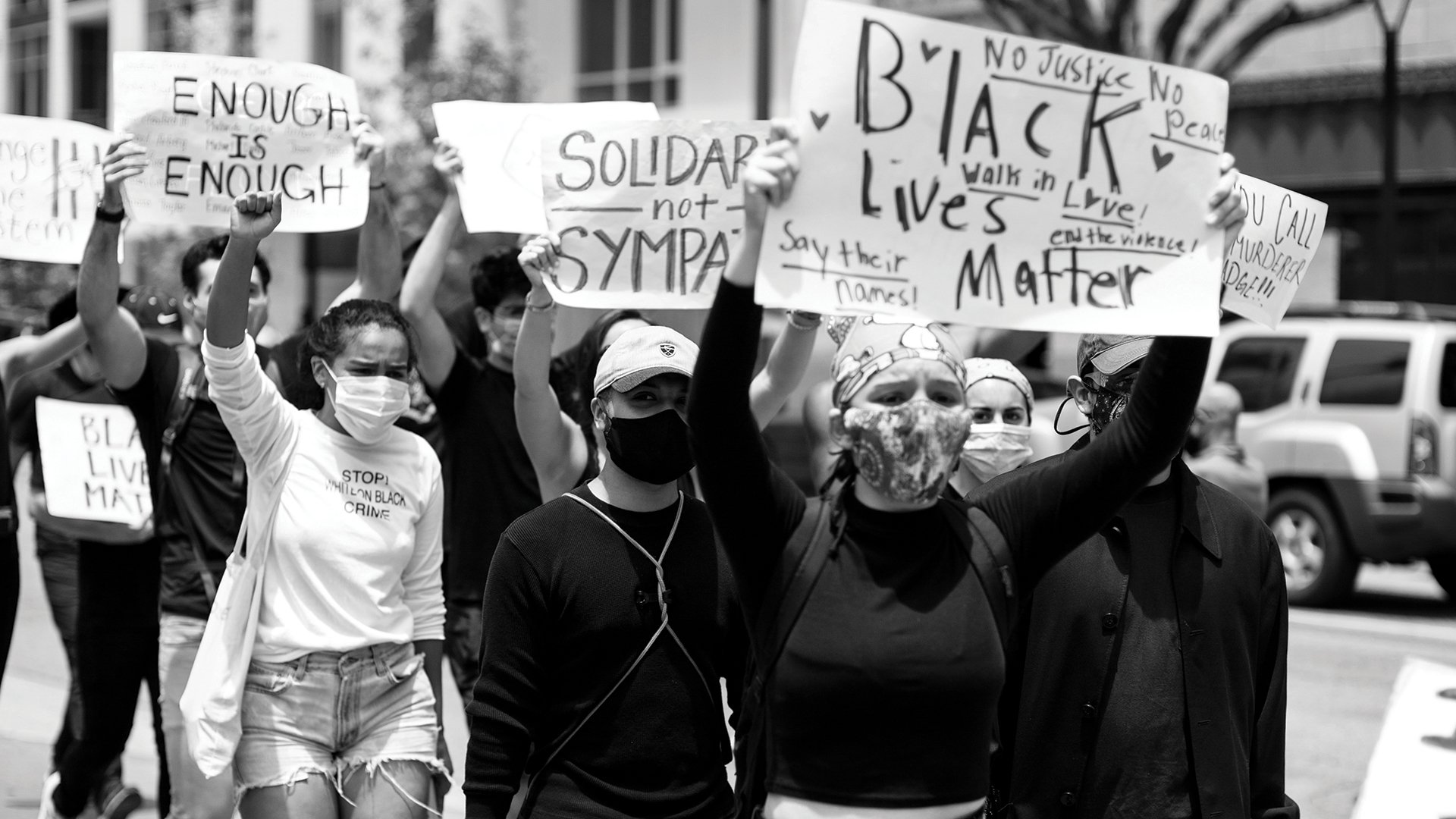 Aspiring educators are taking to the streets and speaking out in critical cultural and political movements across the United States. They are speaking up on issues ranging from social justice and climate change to fair pay and equity in education. They’re working behind the scenes in small groups, they’re marching in the streets, and, in election 2020, they helped mobilize voters.

Educators, and especially young educators, have always gravitated toward activism. But young people are more engaged now than they have been in generations, and they are active in a wide array of issues. They took action throughout the presidential election and were considerably more likely to vote than in previous years. They may even have played a key role in Joe Biden’s victory.

Young activists have led the way on issues such as climate change and gun violence. And, in May, after the horrific killing of George Floyd—a Black man who died after being pinned under a police officer’s knee for 8 minutes and 46 seconds—young people of all races took to the streets in a nationwide protest against law enforcement’s treatment of Black people.

“That event really energized me,” says Arianna Herrington, a senior at Tennessee State University (TSU), in Nashville, who serves on the executive board of the Student Tennessee Education Association (STEA).

“I’m not necessarily a protester, but I have always worked hard behind the scenes. I saw groups of aspiring educators in other states writing letters about the George Floyd killing, and I wanted to know why STEA hadn’t. We had some wording to work through and some differences of opinion to resolve, and that was hard at certain moments and took time. But we took a position, and I was proud of that.”

For Katie Vogt, it was the 2018 school shooting at Marjory Stoneman Douglas High School in Parkland, Fla., that sparked her activism.

“These were kids about my age who were killed or who were speaking out—and that really affected me,” says Vogt, a senior at the University of Wisconsin–Whitewater (UW–Whitewater) and president of Aspiring Educators (AE) of Wisconsin. “But I’ve always wanted to be a teacher, and so I also began thinking about protecting my own students someday. That’s when I got involved in efforts to control gun violence.”

This year, she also participated in protests over social and racial justice issues.

These stories echo those of aspiring educators around the country who felt moved to take action this year. Here, young educators share what ignited their activism.

Herrington started out as an English major and found she had a knack for essays and speeches. Now she wants to teach and eventually become an education analyst and look for ways to solve systemic problems in education.

“I think you have to start in the classroom. I don’t think you can change things or work on solutions if you don’t. That’s where it begins.”

Her career goals grew out of her involvement in STEA, where she advocates for social justice issues with others who sometimes struggle to see her perspective as a Black woman.

Living in a relatively conservative state, she’s found that changes are incremental. While negotiating the STEA letter about Floyd’s death, she had a longer, private conversation with another student about his reluctance to have the organization take a strong stand about the issue.

“He was concerned it was too ‘harsh.’ We talked about it, and I explained … how I felt that he needed to better understand where I was coming from and the experience of Black [people],” she says. “We reached an agreement, and I definitely believe he will think about these issues differently. Most importantly, he may be more willing to ask questions if he doesn’t understand and be willing to learn.”

For Vogt, involvement in her school community began as a member of student council in high school but grew while in college. She describes her campus as “pretty conservative.” Whitewater is a small town where about 90 percent of the population is White and hunting and gun rights are important issues to many residents.

Following the Parkland shooting, Vogt played a key role in getting her student government to pass a proclamation in support of the survivors and their student-led gun violence prevention movement. She also helped organize information tables on campus and in town.

“It is very interesting to talk to people one-on-one about gun violence,” she says. “We explain to them that we don’t want to take their guns and are just interested in gun safety. It’s very satisfying when we can get someone to see a different point of view.”

She recalls a confrontation with a man who was a member of the National Rifle Association.

“We had an open and honest conversation, and by the end he was saying, ‘Oh, so you aren’t really interested in just taking away guns?’ I was blown away by being able to change his thinking.”

She participated in several protests over the killing of George Floyd. She and other aspiring educators in the state also worked closely with the Wisconsin Education Association Council on a successful voter registration drive that may have played a role in Biden’s victory in the state.

Vogt works on other issues with her AE campus chapter as well.

As a future teacher, Vogt wants to stay involved in the union to improve schools and give her students a voice.

And, one day when she has her own high school social studies classes, she hopes to encourage students’ interest in public policy: “One thing I’m going to do is make sure every one of my students votes. On their birthday when they turn 18, I’m going to help each one register.”

For Amy Lo, the campus environment is very different than at Vogt’s school, but her reasons for getting involved are similar.

“When the George Floyd incident happened, I really felt the entire 20 minutes [the approximate time between when police detained Floyd and his death],” Lo says. “It was clear to me we have been normalizing that type of thing for generations. I knew I had to be even more involved.”

Lo is in her third year at the University of California, Berkeley. Her activism began last spring, when she transferred to the school.

“I thought I was going to be involved in academics, clubs, and organizations in college,” she says. “But the college experience changed that, and I began to think about being a leader as a Person of Color, so that I could have a voice.”

Lo became active in a long list of student organizations, including AE with the Student California Teachers Association (SCTA).

Last year, she participated in Black Lives Matter protests as well as demonstrations in favor of cost-of-living increases for graduate students.

Lo firmly believes these experiences will influence how she works in schools as a counselor or teacher.

“I can be a model for other educators and for my students,” she says.

Watch: NEA stands together to demand justice and equity for Black lives in all places and in all forms.

Jessica Chamness’ roots are in conservative Orange County, California. She was very close to her grandparents, who were educators, and she has never wanted to be anything other than a teacher.

She enrolled at Santiago Canyon College (SCC) in Orange, Calif., to pursue this lifelong dream. While there, she began to see the connection between education and politics, and became involved in social justice issues. Now, she continues that work as a transfer student at California State University, Fullerton.

“My middle and high school were basically all White, so I had very little experience with People of Color,” she says. “But when I got to college and joined SCTA and got to know students of color, it completely opened my eyes about the advantages and privileges I have.”

Chamness worked her way up to become a member of the SCTA board. She is also firmly on a path to becoming an elementary school teacher.

Meanwhile, she has poured her passion for social justice issues into campus activities as well as protests in support of the Black Lives Matter movement.

“Originally, I was nervous about protesting because of COVID-19, but I realized that people were out there risking their lives, and I could stand to take a risk, too, and have a positive impact by being a White ally.”

At one point, counter-protestors harassed her: “It was really disappointing to see that sort of hatred and see a community so divided. But it encouraged me to work even harder on these issues,” she says.

Chamness says one priority is to grow support for an SCTA-sponsored relief fund that has benefited some 300 students affected by the pandemic. This year, the group hopes to provide a total of $70,000—in grants of up to $300—to students who need support.

When Chamness becomes a teacher, she hopes to present students with an honest curriculum that does not hide unpleasant facts about the country’s cultural and political history. She also wants to introduce them to cultural differences and literature by authors from varied cultures.

“People fear what they do not know, and I believe that is a major perpetuator of racism,” Chamness says. “If we teach about other cultures from a young age, I believe it will help.”

“I just want to open their eyes. I think that if they see the mistakes we have made and the terrible positions we have taken, and then learn about other cultures, they will take another step forward, even beyond what I did.”

NEA recognizes the need to end institutionally racist systems and policies that have governed our society for too long. We demand justice and equity for Black lives in all places and in all forms — in our judicial, education, housing, health and economic systems.
See NEA's demands and recommended policy changes

Whether, Black, brown or white, native or newcomer, we will work together to not only address the cruel and unjust policies of the past, but to move forward to make our values of justice, safety, equity, and inclusion a reality for all of us.
Pledge to demand justice for Black Lives 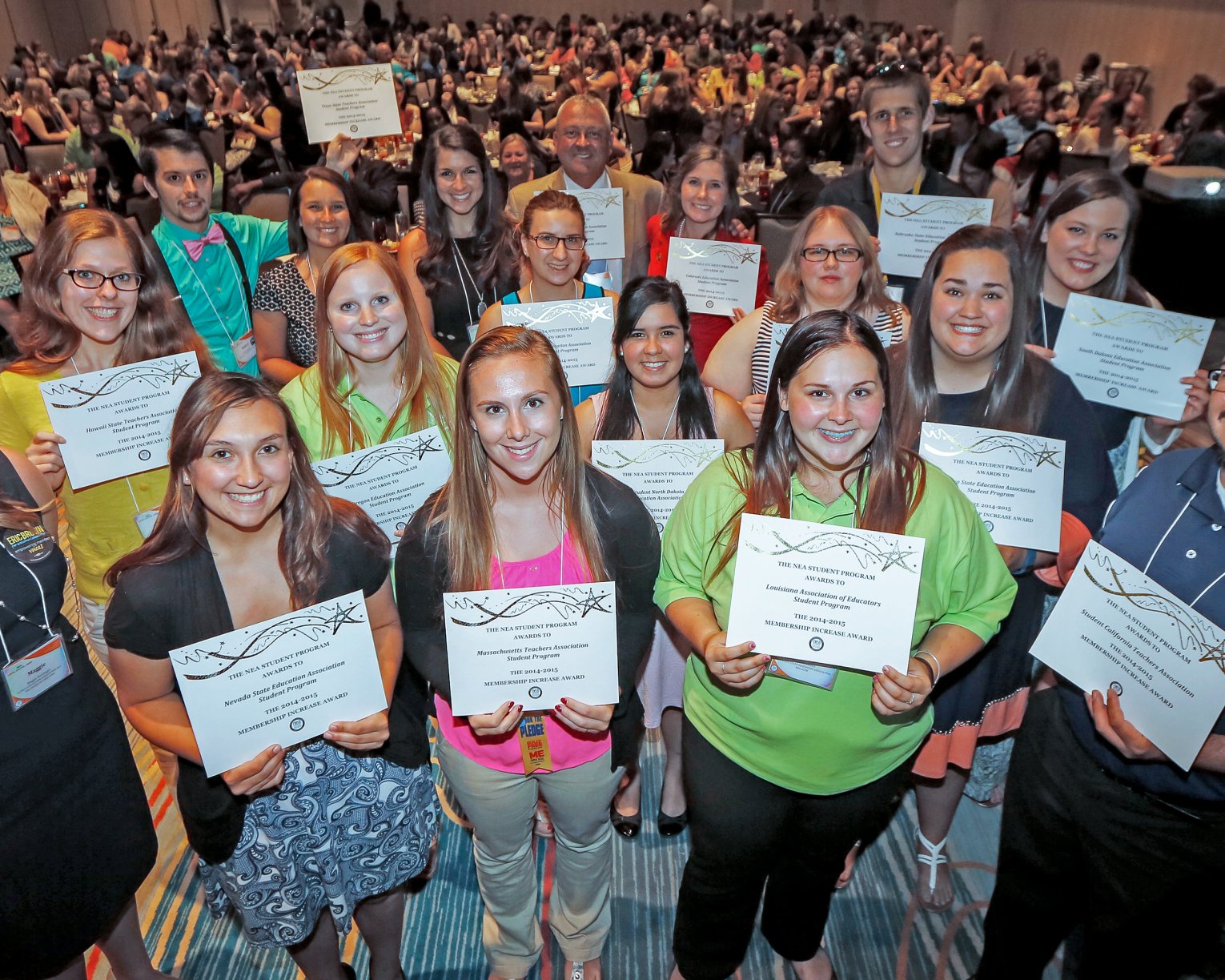