A Wisconsin community comes together in support of transgender and non-binary students, after an "I Am Jazz" reading event was canceled by a Florida-based group. 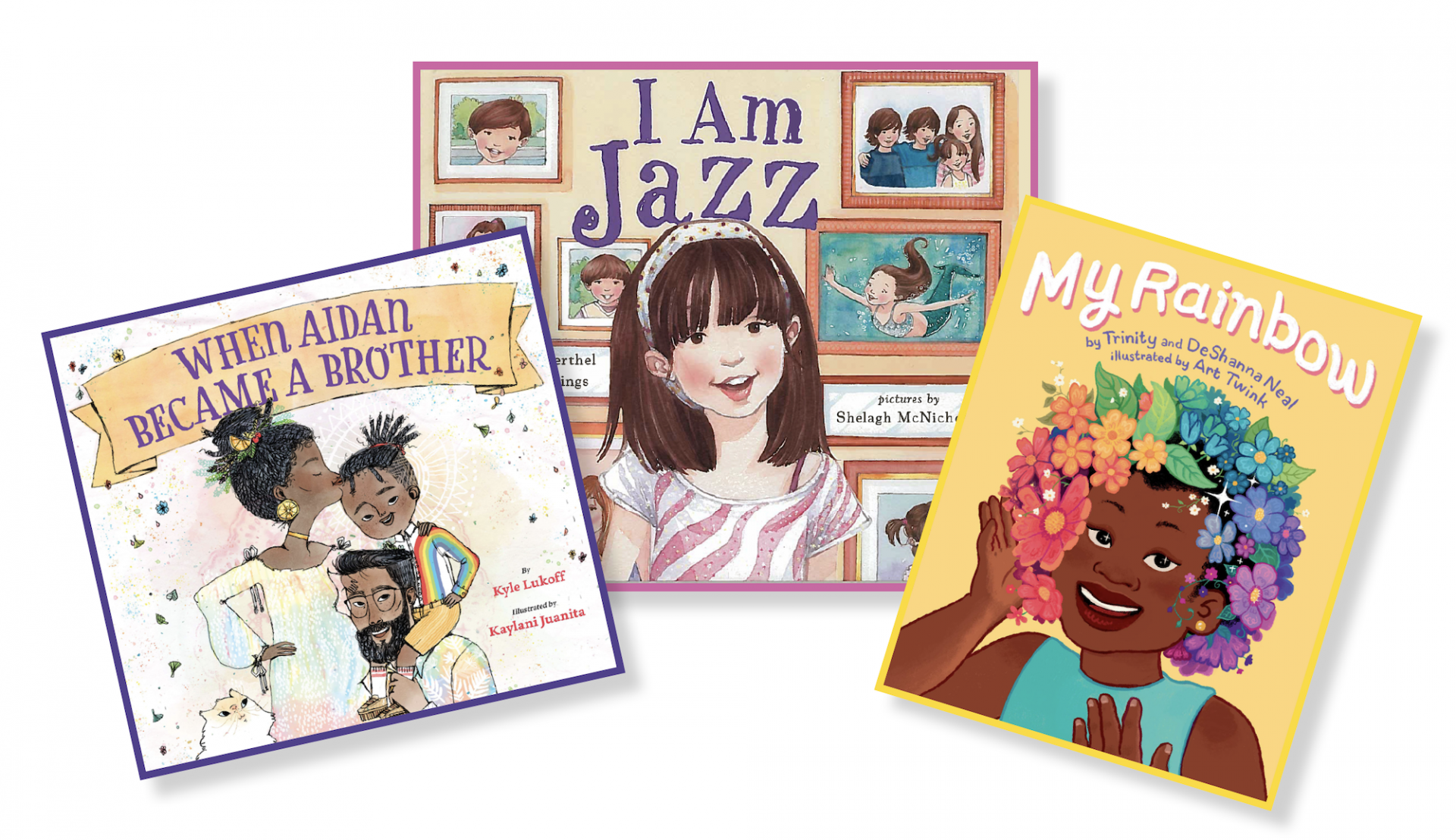 In December 2015, an elementary school in Mount Horeb, Wis., a town 25 miles outside of Madison, planned to read “I Am Jazz,” a story of a transgender child based on the real-life experience of Jazz Jennings, who has become a spokesperson for transgender kids everywhere.

The reading was in support of a transgender girl who was transitioning (a change to reflect the gender felt on the inside) in first grade. A national anti-LGBTQ hate group, the Liberty Counsel, had other plans in mind for the school.

The Florida-based group threatened the school with legal action. The reading was canceled.

Kirk Nichols, a kindergarten teacher and the student’s previous teacher, remembers asking himself, “What is going on here” when he learned the event was called off. “We read a wide array of stories all the time and it's never been an issue. And so, here's a student who is trying to see herself in a story, which we try to promote for all students…why is that such a problem?”

In response to the cancellation, the community rallied in support of the first-grade girl whose identity has been kept private by her family.

High school students, who belonged to their school SAGA (Sexuality and Gender Alliance) club, organized a morning reading in front of their school. It was attended by 200 people. That evening, a local parent reserved the library to host a “small” community reading of “I Am Jazz,” which was attended by more than 600 community members in support of the young girl and her family.

The reading in Mount Horeb sparked a national day of reading events to support LGBTQ students.

In honor of Mount Horeb’s community allyship, every year, on February 25, the Human Rights Campaign Foundation (HRCF), in partnership with the NEA, hosts the “Jazz & Friends School & Community Readings.”

Through the HRCF’s Welcoming Schools program, which provides LGBTQ and gender inclusive professional development, lesson plans, and booklists, hundreds of readings by families, educators, and community members take place across the country virtually or socially distanced in schools, libraries, homes, bookstores, and places of worship.

Last year, over 26,000 people participated in more than 300 readings hosted across the U.S. to show support of transgender and non-binary young people in schools and communities.

Books from this year’s February 25 reading included, “I Am Jazz,” as well as:

The book, “When Aidan Became A Brother,” made its debut on February 25, and was read by several national leaders, including NEA President Becky Pringle.

Pringle shares that the book is a “wonderful story and such an important lesson for all of us…to surround each other with love and support and to allow the space for everyone…to be who we are.”

While Mount Horeb’s 2015 book reading was canceled, district officials used the time to reflect on their practices.

“It gave us pause,” says Sarah Straka, director of curriculum and instruction for the Mount Horeb Area School District. “We wanted to support not only the student and her family, but to make sure all of our students are seen and heard and welcomed as they are and who they are.”

Over the course of the last five years, administrators have increased the number of diverse books, which is reflected in its curriculum and libraries.

In Kirk Nichols’s kindergarten classroom, for example, he has about 20 books that range from adoption, gender, physical differences, race, cultures, and immigration. There are books on family structures, twins, and allergies. Every classroom at his school has its own set of diverse books, too.

"Continued movement towards inclusivity is a part of what we do,” says Straka. “Our transparency is no longer through opt-in/opt-out family letters but through making our curriculum available to families on our website. Texts like these are integrated into our curriculum as part of our everyday business."

Denise Emmerling-Baker, Ed.D., a retired K – 12 teacher and English language learner specialist from Oregon, remembers a time when there was anxiety about the overwhelming negative push back for reading books that, for example, challenge a family’s personal belief.

“Once upon a time in America,…you wouldn’t read a book about highlighting racial discrimination, such as "This is Your Time," by Ruby Bridges. Now, it would be embarrassing to ask permission to do that. It’s the same way for LGBTQ literature. You don’t ask for permission. It’s just a part of your book collection.”

Today, Emmerling-Baker is an adjunct professor at California State University, Northridge, as well as a trainer for NEA’s Cultural Diversity Cadre and HCRF’s Welcoming Schools program.

“Most people have a head knowledge of ‘Yes, I should be inclusive,’” she says, “but do they have the practice in their classroom? Are we practicing the language to be welcoming, even as simple as introducing our pronouns? I'm part of a team that's helping teach clear, simple practices, and a common vocabulary.”

For Nichols, the incident at his school started many conversations around the negative effects of a gender-binary system, which includes the phrase “boys and girls.”

“One of the biggest things for me was making people more aware that things don’t have to be gender based,” says the kindergarten teacher of 11 years. “Now they’re thinking, ‘Wait. I shouldn't be saying that…I should be using a different phrase.’ I know a lot of people have flipped their mindset with that, which has been amazing.”

Allyship is a journey, shares Emmerling-Baker. It was only in recent years that she realized how the gender-binary system excludes the child who doesn't fit into “the boys’ side” or “the girls’ side.”

“I didn’t question that for years. When I had 13 boys and 13 girls in the classroom, I thought, ‘Yay, easy for a game!’ But how exclusionary is that? How biased is it that, in the past, I presumed their gender identity based upon their sex assigned at birth from their school registration form, their names, or their gender expression in the form of clothes, hair, etc.?"

As part of her work with the NEA and HRCF, Emmerling-Baker is helping educators move away from those presumptions.

Part of a Team

Before and during the student’s transition, she had an entire team on her side, including her teachers, school psychologist, and administrators—“all making waves in a respectful, positive way,” Sarah Straka says, “and having people on your side, having conversations, and the collaboration in the community is so important to effect change.”

Nichols adds, “Some [students] worry that they're the only ones out there, but there is a team waiting for them…to lift them up and to encourage them to be their authentic selves. It’s incredible that we get to say that, and we are the ones lucky to have her in our district.” 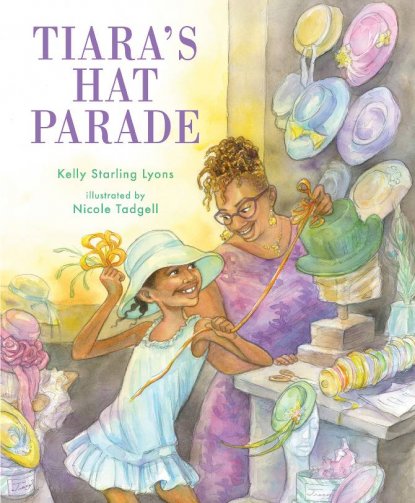 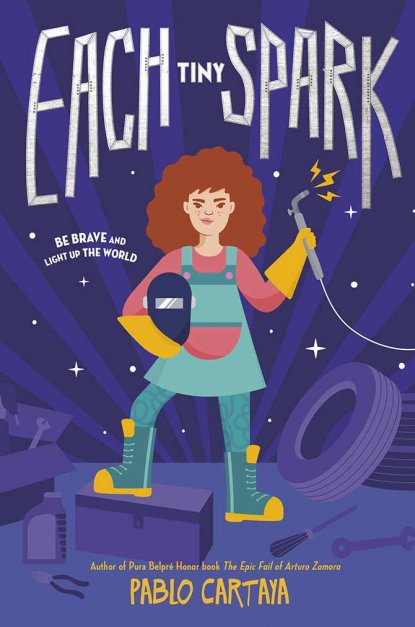 Emilia, who has ADHD, is trying to focus on rebuilding her relationship with her father, who is back from his deployment, and avoiding her overbearing grandmother. At the same time, she’s deciding how to handle the injustice and prejudice she discovers in her Atlanta suburb while working on her school project about the town’s history.
Learn more

They Called Us Enemy 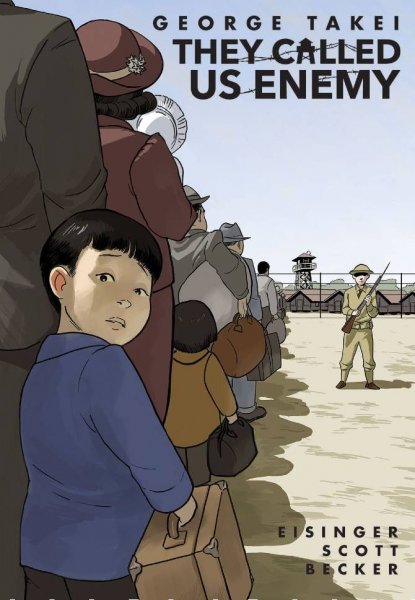 They Called Us Enemy

This autobiographical graphic novel follows a young George Takei and his family during the U.S. government's incarceration of Japanese Americans during World War II.
Learn more