Voters also agree, regardless of party affiliation, on the most serious issues in education today, including the teacher shortage and a lack of mental-health supports for students. 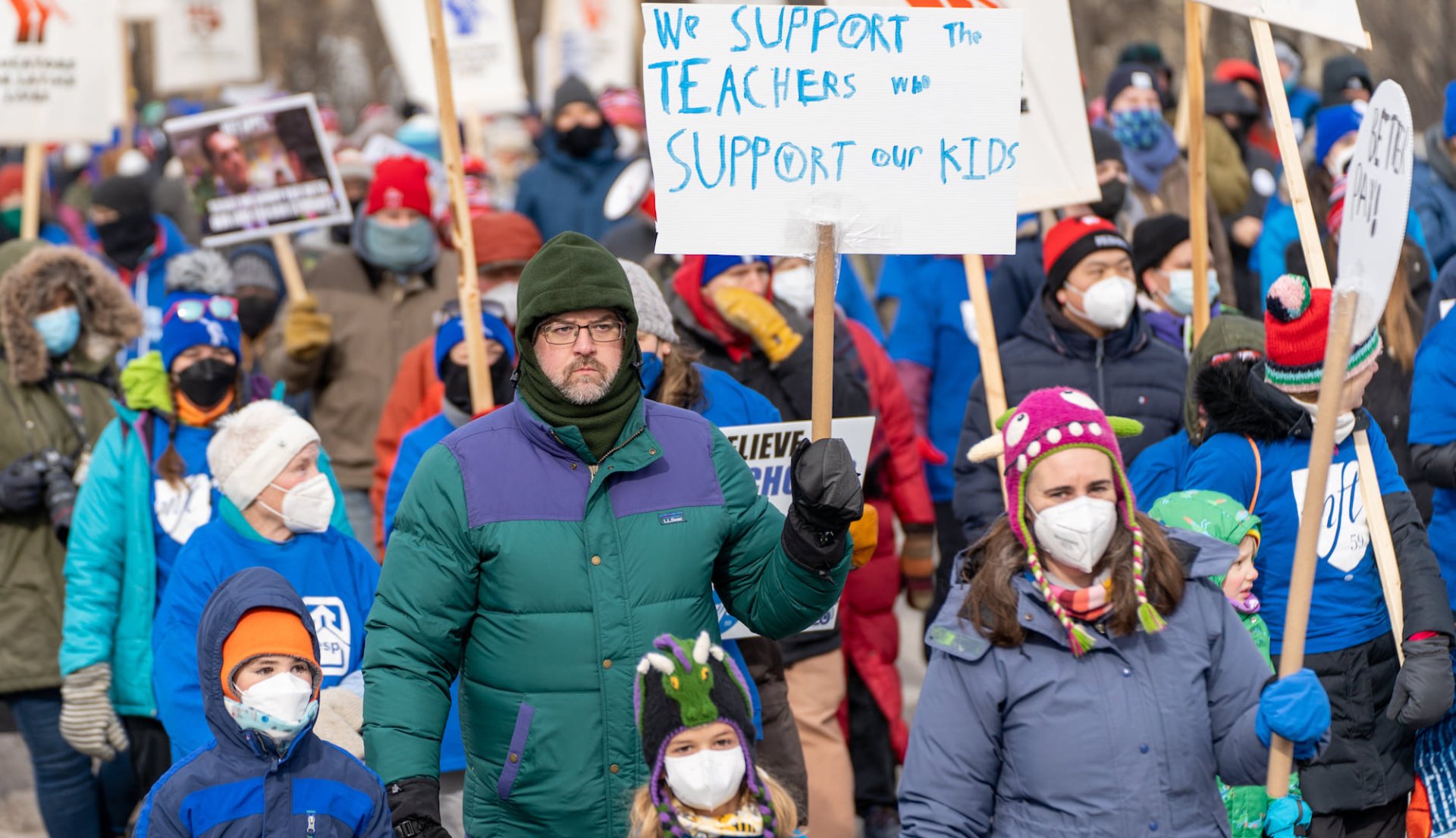 A lack of mental-health supports for students, the teacher shortage, school shootings, book bans, and more.

A new NEA survey shows that, despite their political differences, a vast majority of U.S. voters share the same concerns about public education today. What’s more, their concerns mirror the concerns of NEA members, who are working hard as school resumes to make sure all students have what they need.

Despite their differences in party affiliation, the vast majority of voters said they support educators in public schools. Additionally, an overwhelming 84 percent said they most trust the opinions of teachers on what should be taught in schools.

What Issues Matter Most?

The new research shows that voters across political parties agree on the most serious issues facing schools—the challenges that they want candidates and elected officials to find real solutions to.

According to voters, those top issues of importance are:

A majority of voters also are seriously concerned that politicians are banning books based on their own personal beliefs.

On the flip side, voters also shared what they don’t care much about. Near the bottom of the list of their concerns is whether parents have enough say in book selections, and whether students are taught the negative parts of U.S. history. These things do not matter to an overwhelming majority of voters.

We Want the Same Things

None of this is surprising to educators, who are fighting at school board meetings, state legislative hearings, and the bargaining table for exactly the things that parents and other voters say they want. Indeed, earlier this month, Columbus, Ohio, educators went on strike to fight for safer schools, smaller class sizes, and more art, music, and P.E. teachers. This week, Seattle Public Schools teachers are striking for similar things, including more staffing to serve students with disabilities and more interpretation and translation services for multilingual students.

Despite their differences in party affiliation, the vast majority of voters said they support educators in public schools. Additionally, an overwhelming 84 percent said they most trust the opinions of teachers on what should be taught in schools.

This past year, union actions in St. Paul, Minnesota, led to historic increases in mental-health supports for St. Paul students, plus class-size supports. Meanwhile, across the Mississippi River from St. Paul, a two-week strike led to social workers in every Minneapolis school and a doubling of the number of elementary schools with school counselors.

“We all want the same thing: a strong education for every student,” NEA President Becky Pringle said earlier this summer, on National Parents Day, July 24.

As educators welcome students to their classrooms this month, however, not every student will have a qualified teacher. In Florida, where new laws championed by Gov. Ron DeSantis make it dangerous for teachers to teach honestly and accurately about slavery and Native American history, there are about 8,000 teaching vacancies this year—up from 5,000 this time last year.

In Houston alone, there are nearly 1,000 vacancies.

Educators and Parents are Partners

Renee Sekel is a parent in Wake County, N.C., and a leader of Save Our Schools NC, a group she helped start in 2018 when the state legislature’s funding cuts threatened to remove every music, art, and P.E. teacher in the state. Today, she co-hosts a podcast called Advocacy Bites with another mom, focused on how regular people can advocate for the schools their kids deserve.

“I know from the class-size fight that people are mostly happy with their public schools. They know their teachers and they think of them as their partners,” she said. Nonetheless, she also sees an increasing effort by political partisans to divide teachers and educators, to “break down the trust and the relationships.”

Sekel hopes more parents and educators will realize they’re a team, she says.