‘We Stepped Up and Fought Back’: Behind the Explosive Growth of New Faculty Unions 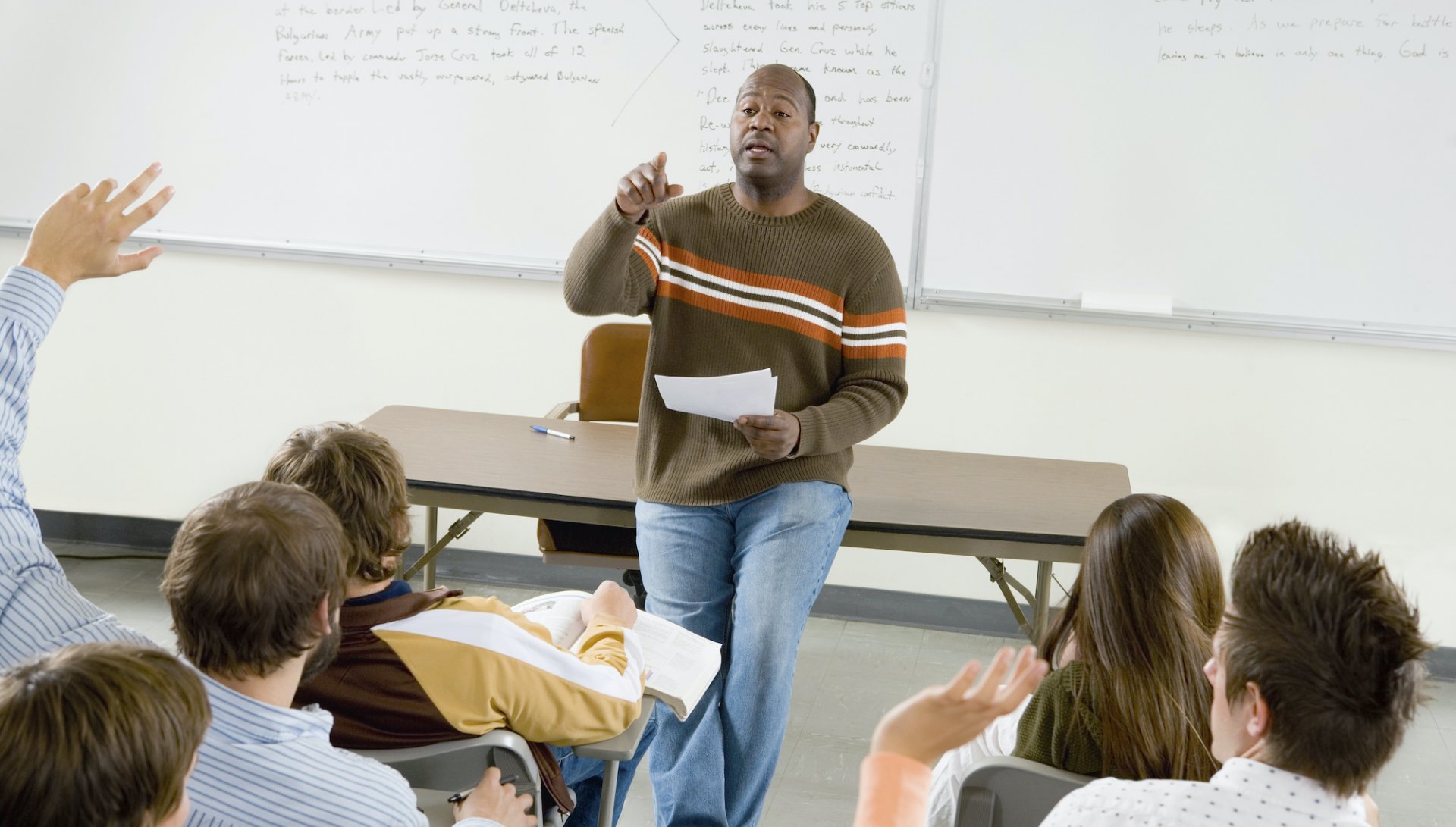 In 2015, faculty at the State College of Florida, Manatee-Sarasota (SCFMS) were stunned when SCF’s board of trustees suddenly decided to end faculty tenure on campus, making SCFMS the only public college or university in Florida without continuing contracts.

Trustees had hoped to radically change the way colleges work. “They were all part of the Tea Party caucus in Sarasota-Manatee County, and they thought they would lead other Florida colleges to follow them,” recalls biotechnology professor Matt Thomas.

Instead, SCFMS faculty “got serious about what we saw as a fundamental threat to academic freedom. We stepped up and fought back,” says Thomas.

Instead of weakening faculty power, trustees had clumsily lit the fire of a faculty unionization movement that spread from SCFMS, where Thomas is president of the faculty union, to public colleges and universities across the state. By the end of 2019, the United Faculty of Florida (UFF), an affiliate of NEA and the Florida Education Association, had six new faculty chapters.

Meanwhile, what was happening in Florida wasn’t unique. Between 2013 - 2019, across the U.S., 118 new faculty bargaining units, composed of more than 36,000 faculty members, were certified or recognized, according to a recently published study by Hunter College’s National Center for the Study of Collective Bargaining in Higher Education and the Professions, which was presented online during the National Center’s October conference. (Watch it here.)

"It's exciting to see so many new unions on campuses, especially so many new NEA affiliates in Florida, New York, New Mexico, etc.," said DeWayne Sheaffer, president of NEA's National Council for Higher Education and a member of the National Center Board of Advisors. "It shows how faculty and staff want a voice. We want to be able to sit down at the bargaining table and speak up for ourselves and our students."

Although SCFMS’s union and UFF’s other newest bargaining units are comprised of tenured or tenure-track faculty at public institutions, the National Center found that many of the newest union members in higher education are contingent or adjunct faculty, post-doctoral scholars, or graduate assistants at private colleges.

The reasons are clear, says Bill Herbert, executive director of the National Center. For one thing, tenured and tenure-track faculty at private colleges can’t unionize, due to the U.S. Supreme Court’s 1980 ruling in National Labor Relations Board v. Yeshiva University, which said tenured/tenure-track faculty are too “managerial” to belong to labor unions.

But the same can’t be said about contingent faculty. The very nature of contingent employment means they don’t have job security, and often are excluded from shared governance — or even department meetings. Many share offices. Some don’t get college email addresses. They also constitute a growing proportion of faculty jobs, vastly outnumbering tenured or tenure-track colleagues on most campuses.

“We didn’t survey faculty on why they’re unionizing, but one of the things that is clear is that faculty in the United States are living in a job-security crisis. The vast majority of faculty have little to no job security,” Herbert notes. “Unless there are major changes in the structure of the university, which is unlikely, unionization is the best way to get job security.”

Additionally, “and very fundamentally, is the question of having a voice in the workplace,” he says. “It depends on the institution, but generally contingent faculty don’t have a voice in their working conditions or any kinds of policy.”

“The big thing for us is transparency. That’s an issue that really moved a lot of people,” Jay Miggio, co-chair of the organizing committee at Florida’s St. John’s River State College (SJRSC), told NEA Today last year, after an 83-27 vote by SJRSC faculty to unionize. “For us, it’s about shared governance. The people who voted for the union want a say in governance, not just rule by fiat.”

The Return of Tenure

At SCFMS, faculty members moved fast. In the fall of 2015, shortly after the board’s decision to end tenure, faculty first met with state union leaders. A few months later, in February 2016, they voted 75-26 to unionize.

And then, the hard work of bargaining their first contract began.

The issue was the same as it always had been — SCFMS faculty wanted the opportunity to earn tenure again. They wanted protection from the political whims of a partisan board. “You don’t want to be in fear of losing your job because you went to a protest, or because you’re teaching about climate change in Florida,” says Thomas.

They also wanted the formal recognition that tenure provides of their academic professionalism. “It shows you’ve achieved a certain level of professional achievement. You’ve created a body of work, you’re engaged with the life of the community and contributing to it,” says Thomas. To the business-minded members of the board, faculty pointed out that offering tenure, as a workplace benefit, makes SCFMS a more competitive employer.

Thomas still isn’t sure what argument worked. But eventually, over three years of meeting at the bargaining table, something clicked. Faculty's new three-year contract, ratified this summer, restores SCFMS faculty’s ability to earn tenure. It also provided for small salary raises and all the other typical features of collectively bargained contracts, such as formal procedures around grievances, progressive discipline, and any potential future layoffs. It also includes language around “virtual office hours,” which faculty wanted to be able to offer to their online-only students but administrators had previously forbidden.