5 reasons the Supreme Court matters for educators and public schools

The next justice absolutely must not be beholden to partisan or corporate interests. 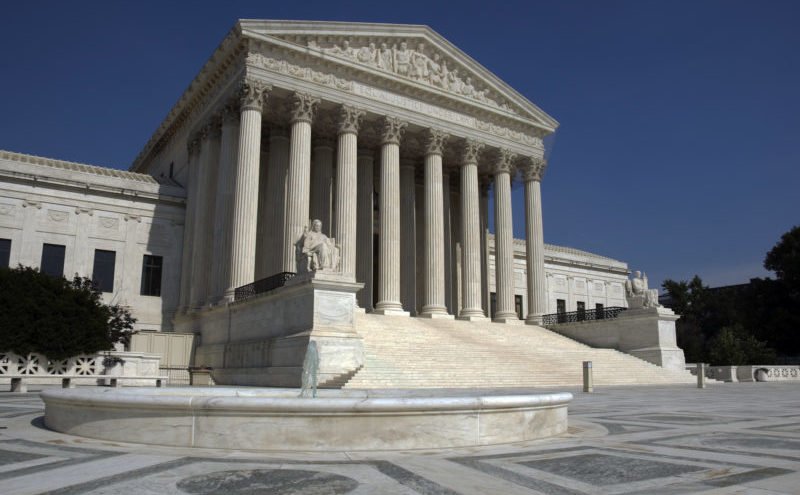 Instead of waiting until the American people have had their say and the next president is inaugurated, President Donald Trump and the GOP-led Senate are determined to rush through Trump’s Supreme Court nominee. Those efforts led to a COVID-19 “super spreader” event at the White House. More than 20 people, including the president, tested positive soon after the event.

Voters should decide who fills Justice Ginsburg’s seat. But Senate Republicans are attempting to rush through President Trump’s nominee, Amy Coney Barrett, even though they have dragged their feet and failed to pass coronavirus relief legislation that would help so many Americans and public school systems across the country.

The Supreme Court is a critical institution in our federal government for protecting the rights of those who might otherwise not have a voice in our institutions. That means the next justice absolutely must not be beholden to partisan or corporate interests.

Here are five reasons the Supreme Court and the nomination of Amy Coney Barrett matter for educators:

In her short three years as a federal judge, Barrett’s record was alarming, and she has promised to continue to side with corporations over working people. While Americans continue to struggle through the global coronavirus pandemic, access to healthcare is at the forefront of conversation.If Barrett is confirmed, she is poised to strike down the Affordable Care Act, throwing millions off their insurance and ending protections for those with preexisting conditions. In fact, for the 7 million Americans who have battled COVID-19, those side effects could now be considered preexisting conditions.

2. The Supreme Court will vote on workers’ rights to join and form unions

Educators could face increased difficulty in holding their employers accountable for illegal discrimination and unfair employment practices if Barrett is confirmed. During her time in the lower court, Judge Barrett limited workers’ tools to fight against racial discrimination in the workplace, wrote in favor of age discrimination when applying to jobs, and worked to set dangerous precedent that would hurt gig workers. The Court already weakened the rights of educators to collectively bargain in 2018, and the nomination of Barrett means unions will face additional challenges.

3. Judge Barrett will argue Americans have to fund private schools with public dollars

The Court recently ruled that when states set up a voucher program, they have to include religious schools. However, the Supreme Court has not ruled yet whether states may forbid discrimination in all schools that receive vouchers, including religious schools, and it will hear a related case this year. Barrett’s opinion is already clear. She sat on the Board of Trustees for Trinity Schools, Inc.>, which operates private religious schools, enrolls voucher students, and discriminates against LGBTQ students and families.

Even though the Supreme Court rejected the Trump administration’s attempt to rescind DACA, Congress has not passed protections for Dreamers, and DACA litigation continues. Judge Barrett has consistently denied procedural protections to immigrants seeking admission to the United States and facing deportation and sided with the Trump Administration’s plan to prevent legal immigrants, including those with disabilities, from entering and staying in the United States. She even cast the deciding vote refusing to stop deportation of a lawful permanent resident who had lived in the U.S. for 30 years.

5. Americans could lose some or all of their protections against LGBTQ discrimination.

The Supreme Court delivered a historic victory for LGBTQ rightsin the last term. On June 15, 2020, the U.S. Supreme Court announced that LGBTQ employees — including all LGBTQ educators — are protected under federal law from discrimination at work based on sexual orientation or gender identity. But several of the current justices remain hostile to those rights and would overturn or limit them. For example, the Supreme Court ruled in favor of a Colorado baker who refused to bake a wedding cake for a same-sex couple, validating a business’s decision to deny goods and services to gay people. On the first day of the new term, Justices Samuel Alito and Clarence Thomas argued that there are “religious liberty implications” to the 2015 Obergefell v. Hodgesruling. We know Barrett will join them: she has made paid speeches before hate groups that favor sterilizing transgender people and criminalizing consensual sex and sat on a private school board that discriminated against LGBTQ students and families.