What to know about your rights and protections regarding censorship and teaching about racism, sexism, and historical prejudice, sometimes incorrectly called "critical race theory."

What states are censoring educators and trying to stifle inclusive education practices?

If your specific questions about your workplace rights related to these new laws aren't answered below, send them to us and we will respond as quickly as possible.
Ask your question

With growing evidence that culturally responsive and racially inclusive education practices enrich the education experiences of all students and prepare students to thrive in our multi-racial democracy, many states have moved to incorporate such practices into school curriculums. But politicians in 15 states have reacted by adopting measures — either state laws (FL, GA, IA, ID, MS, ND, NH, OK, SC, SD, TN and TX) or state Board of Education rules or similar measures (FL, UT & VA) — that seek to limit how topics like racism and sexism can be taught in K-12 schools. Six of these states (FL, IA, OK, NH, SD, TN) adopted similar restrictions for higher education and/or restrict diversity and inclusion training for public employees including educators.

In addition, two states (AL & FL) have adopted measures this year that purport to bar instruction related to LGBTQ issues in schools at the elementary school (K-3) level and to prohibit any such instruction that a state agency deems not age appropriate in higher grades.  These laws track similar anti-LGBTQ measures adopted by a number of states in the 1980s and 1990s, which remain in place in four states (LA, MS, OK & TX).

These efforts to chill instruction on racism and sexism and to stoke discrimination against LGBTQ students and staff, are also evident in newly politicized efforts to ban books from school curriculum and school libraries. It has long been the case that local school districts have processes to review and decide on the books that will be used in schools. But this past year has brought scores of legislative proposals to formalize these processes in state law and to permit books to be pulled from school libraries and school curriculum based on a single complaint. Only two states to date (FL & GA) have adopted such state laws. Because the books that are most often banned through these politicized processes are ones that feature BIPOC and/or LGBTQ individuals, these book banning efforts raise similar concerns as the other censorship measures.

How do these laws work?

The laws differ in scope, but at their most extreme the attacks prohibit teaching that the United States is fundamentally, institutionally, or systematically racist or sexist (IA, TN, TX); that individuals may be consciously or unconsciously biased (IA, OK, TN, TX); that the advent of slavery constituted the true founding of the United States or was anything but a deviation from the authentic founding principles of the United States (FL, TX); or that students understand The 1619 Project (FL, TX).  The “Don’t Say Gay” measures purport to prevent even basic recognition of the existence of LGBTQ individuals and their families in school classrooms.

You should know that none of these laws prohibit teaching the full sweep of U.S. history, including teaching about the almost 250 years of slavery that came to an end only as a result of the Civil War, or Reconstruction, or the violent white supremacy that brought Reconstruction to an end and has persisted in one form or another ever since. In fact, current state standards governing the teaching of history in many of the impacted states require such instruction.  For details on the laws passed in your state and how they interact with state content standards, see the state specific Know Your Right guides.

You should also know that school districts have an obligation not to discriminate against individuals based on any protected characteristic including their sexual orientation or gender identity.  Accordingly, school districts that attempt to enforce the new Alabama or Florida “Don’t Say Gay” laws, or the existing laws along those lines in other states, by prohibiting only LGBTQ staff from discussing their families with students or prohibiting only LGBTQ students from talking about their identity, violate these non-discrimination obligations.  And the same would be true of efforts to only prohibit students from LGBTQ families to discuss their families, or to only remove books featuring LGBTQ individuals from the curriculum.  For more on these civil rights protections and for information about how to enforce them see What Educators Need to Know About LGBTQ Rights.

Why are these laws being passed now and how should I respond?

These measures are a cynical attempt to undermine faith in public education and our nation’s educators. They draw from an old playbook of well-funded and coordinated dog-whistle attacks designed to distract us from the failures of some elected leaders to ensure our public schools have the resources they need so all our students can thrive. Educators and their unions have defeated many of these measures by calling out this cynical playbook and pivoting to the values of honesty, inclusion, and respect that so many of us hold in common.

Remember your central responsibility to students remains unchanged by these laws. While you are working with students in your classroom, your state standards and approved curriculum approaches govern and you should continue to follow them. As an educator, you know best how to design age-appropriate lessons for students that will help them understand the past and prepare for the future.

What should I do if I’m an educator in a state with one of these measures?

Be sure to check with your local union and state affiliate about exactly what the measure in your state says and how it will be applied. The laws differ and some have specific safe harbor provisions that explain what type of instruction is permitted.  Don’t assume that the way you teach will have to change – in fact, given the narrow terms of the laws, you should assume unless your local or state affiliate advises otherwise that the laws do not prohibit age-appropriate instruction aligned to established state standards governing how to teach history, civics instruction, and government classes.

In addition, NEA and its affiliates have been working to secure guidance that makes clear exactly what instruction is still permitted.  Some helpful guidance has already been released. For example, Iowa’s guidance clarifies that candid discussions of racial oppression do not violate the state’s prohibition against teaching that “an individual should feel discomfort, guilt, anguish, or any other form of psychological distress because of their race or sex” simply because such discussions are emotional and may make students uncomfortable.  As the Iowa guidance explains, “the emotions of ‘discomfort, guilt, [or] anguish’ may be rational responses to discussions of oppression,” and the law does not ban emotional discussions. Because similar provisions are contained in a number of the new laws (including AZ, IA, OK, TN, TX, SC), this clarification from IA may be useful in other states as well.

Similarly, a number of states also have clarified that the laws do not ban teaching about historical truths or discrimination. Iowa, for example, states that the law shall not be construed to “prohibit discussing specific, defined concepts as part of a larger course of academic instruction” or to “prohibit the use of curriculum that teaches the topics of sexism, slavery, racial oppression, racial segregation, or racial discrimination.” To see what helpful guidance may exist in your state, see the state-specific Know Your Rights guides on NEA’s website.

What should I do if my state prohibits instructing students honestly and I’m disciplined for continuing that instruction?

Your local and state affiliate can defend you through the NEA UniServ and Unified Legal Services Program. NEA is strongly committed to ensuring that teachers who teach the truth, and do so with the support of their state and local affiliates, are defended in any and all such matters. The outcome of any particular case will depend on its circumstances including exactly what was taught, whether it actually violated the law, whether that law has been enforced fairly, tenure status and employment record, and the penalty sought.

You should understand that your speech at work as a K-12 educator is not protected by the First Amendment—although tenure or other similar protections under a collective bargaining agreement may protect you from arbitrary and unfair discipline. (If you are a professor you may have both First Amendment protections and collectively bargained protections for the instructional choices you make in your classes.)

Am I protected outside of the classroom? What actions can I take?

Remember that your speech and activism are most protected when you are speaking up as a citizen on a matter of public concern or in concert with other union members. That means that your speech is protected by the First Amendment when you are speaking up outside of work time and to your community or the general public about the importance of teaching certain concepts or in a certain manner (e.g., teaching by way of inquiry in order to engage students and prompt critical thinking).

Writing a letter to the editor, attending a rally off work time, posting on Facebook or tweeting about a public event or action, or speaking to the school board as a citizen about the importance of teaching these concepts are all examples of protected speech and activism. Reach out to your local union to find out what the union is doing to counter or protest these measures if they are under consideration or have been adopted in your school district or state. Organize with local parents and students to raise awareness of and counter these measures.  And register individuals to vote to make sure their voices are heard too when such measures are being considered.

What if I’m interested in engaging in civil disobedience in response to these laws?

Always remember that educators, particularly at the K-12 level, are held to higher standards that may make them vulnerable to discipline or firing even for off-duty activity. Pledging to or actually violating a law related to your work is a serious decision that could expose you to discipline. You should always discuss those risks with your local and state affiliate before signing such a pledge or agreeing to such an action so that you can make an informed decision about how to proceed.

Ensuring opportunity for ALL students to succeed – regardless of ZIP code – is going to take all of us doing our part. 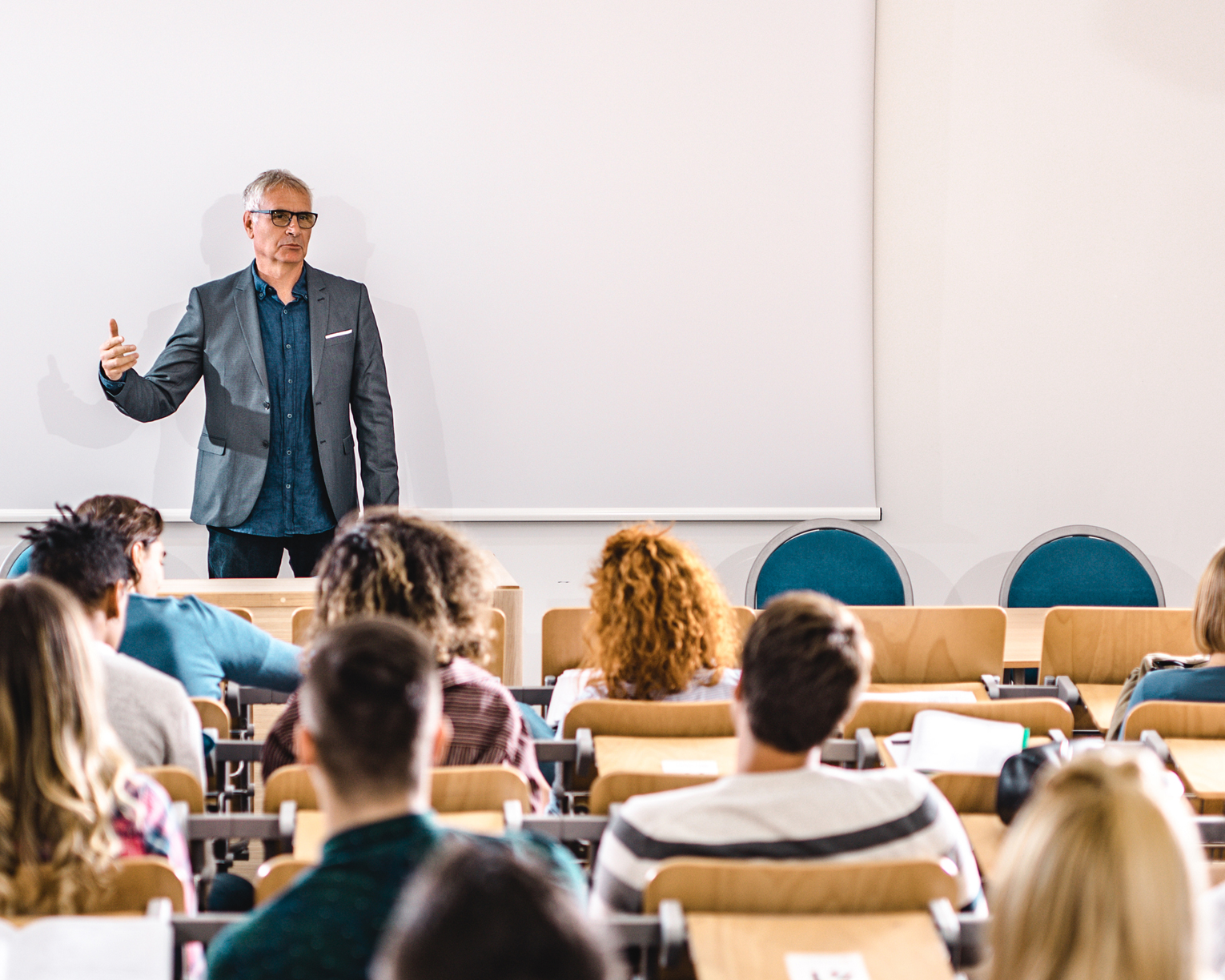 In the face of federal civil rights rollbacks and threats, educators, parents and students are organizing to adopt school board policies that strengthen student protections. Get inspired by educators and students making change in their communities and find model policies that will empower you to ensure all students’ right to a safe and affirming school.