One Year Into the Pandemic, Educators Reflect on Lessons Learned 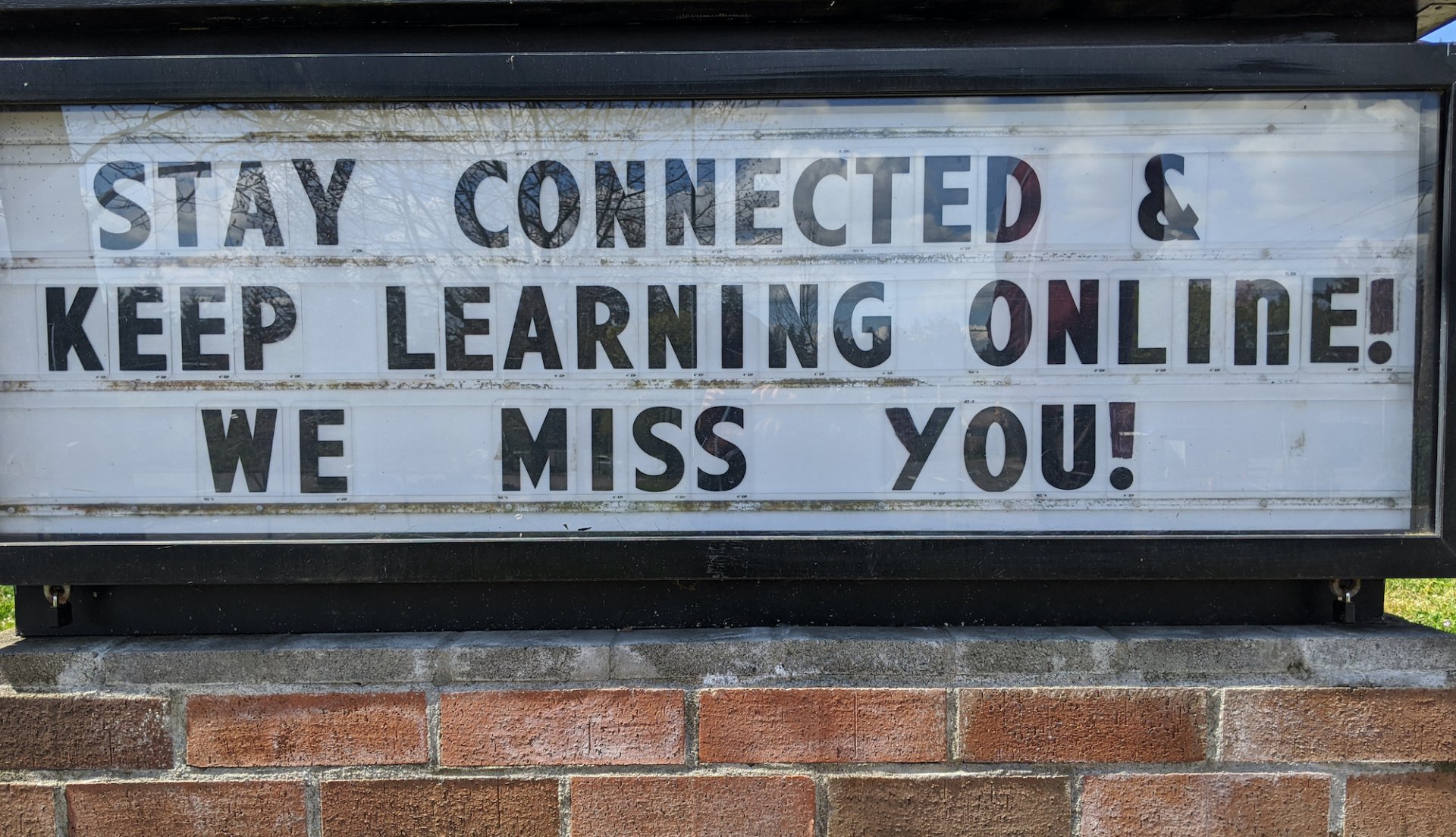 A year ago as schools began shutting down one after another, many educators left their buildings with just a few things, believing they’d be back within days, after spring break, or, at the most, in a couple of weeks. Nobody knew they were entering a grueling twelve-month span of the most difficult and stressful circumstances of their education careers.

“We were scrambling on Friday, March 13, when we had about a five-hour notice that we weren’t going back the following Monday, and trying to get computers to students and make sure they had access was tough,” said Ashley Wallace, a seventh-grade humanities and theater arts teacher at United for Success Academy in Oakland, Calif.  “But like everyone in education, we persevere.”

As the weeks and months stretched on, and “doom-scrolling,” “Zoom fatigue,” and “quarantini” became part of the growing pandemic lexicon, educators continued to persevere.

They made sure students who relied on school meals were still fed each day, each week, each month. They navigated logistical labyrinths to get devices into students’ hands and find hotspots – on buses, in churches, in school parking lots. Overnight, they learned to deliver instruction in an entirely new way and find creative ways to somehow keep students engaged so they wouldn’t zone out, zombie-like, in front of their computer screens for hours a day.

Parents finally had a first-hand look into the daily demands and challenges of education, calling their kids’ teachers heroes. Celebrities like Shonda Rhimes joined the chorus of praise: “Been homeschooling a 6-year old and 8-year old for one hour and 11 minutes. Teachers deserve to make a billion dollars a year. Or a week.”

The stress of navigating new technologies, hybrid and concurrent instruction, and the fear of working in unsafe school buildings became overwhelming. Legions of educators decided to retire or leave the profession they loved rather than risk their health.

But most educators continued to persevere, refusing to be demoralized. Today, they continue to show up and do their best for their students despite the obstacles and challenges of their school and district.

When NEA Today asked our Facebook users to share lessons they learned one year into the global pandemic, educators said they learned to be flexible, change plans on the fly, and to let go of normal expectations. They learned to self-advocate for their own safety and well-being, and practice self-care so they could care for others. They learned that honesty and respect go a long way, that safe spaces can even be virtual, and that the best advice for themselves and their students is to simply do the best you can no matter what the day brings. There were many understandable and justifiable messages of frustration, but just as many about hope and strength, grace and resiliency, and admiration for each other and our students.

Here’s a sample of what educators are feeling, one year later.

“[Some] parents are not truly our partners and feel education is really just free babysitting,” wrote Barbara Ransom. “And schools are relied upon to offer mental health, protection from abuse, and meals, but yet don’t deserve funding.”

Katie Leighton Ceranic said she learned that “schools and teachers are expected to go above and beyond for students, but when it comes to our own families, we don’t matter.”

Sonya Wilson was surprised to see “how fast teachers went from being heroes to being at fault.”

Laura Berg said she learned to slow down. “This isn’t a race,” she said. “Grace matters – for everyone, to everyone.”

"I learned take a breath and to be kind to students," said Peggy Fitzgerald Kraske. "Instead of getting upset when they miss class or don’t do their work, I ask them how they are doing. That starts a conversation in a caring way."

Moira Sennett agrees. “Grant grace,” she said. “Much of the time I am overwhelmed. If I, with 20 years as an educator, feel this way about virtual learning, it shouldn’t surprise me that my teenage students do as well.”

“Show grace,” said Emily Duran Snider. “These are just kids who look to their teacher for understanding. If they need a break, now is the most important time to give it to them. Be fair, but understanding. This will go far in returned respect.”

“I’ve learned that relationships and connection matter most,” said Octavia Butler. “And along with that comes vulnerability from all involved.”

It can even be done from a distance, said Brenda Mendoza: "I’ve learned that building connections with students can happen virtually and for some reason I think those virtual relationships have been my strongest."

Students Can Lead the Way

Tarah Hall learned that “kids are resilient and adapt to change better than adults” while Karen Vlamis said that “adults learn from children, too.”

Ann Hennessey learned that when she tells students she doesn’t know something and needs them to teach her, “they will step up every single time. When I cut them some slack, they return the favor.”

“Students continue to be the highest rung in the moral ladder,” said Michael James. “Their positivity and resilience are inspiring.”

“We always step up to the plate to do what is best for the students we love,” said Cassy Hayes Camp. “No matter the challenge, teachers always hit it head on.”

Sherry Skelton Fay said she learned that “we are superstars and madly talented!”

So talented, in fact, that “we all need raises,” said Robert James.

“In the midst of the storm,” said Cilla Drenning, “We stand tallest for our kids. We define who we are as educators. Our words matter. We are models to the world of perseverance.”