Scott's College Affordability Act would put a high-quality higher education in reach for many more Americans. 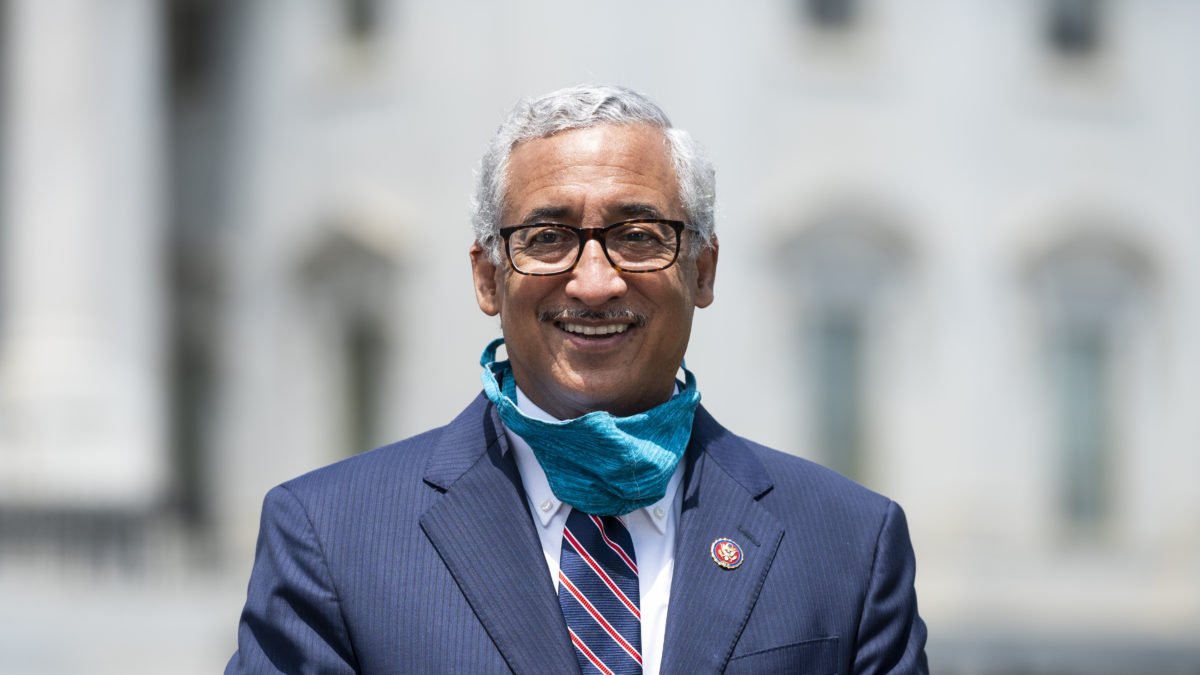 For his many decades of unflinching support for higher education and students, including his introduction last year of the College Affordability Act, which would put a high-quality higher education in reach for many more Americans, U.S. Rep. Bobby Scott (D-VA) was presented Friday by NEA’s National Council for Higher Education with its annual Friend of Higher Education award.

“Congressman Scott is our ally and friend—and when it comes to higher education, he is our champion,” said NEA Vice President Princess R. Moss, who noted that Scott, who has served in Congress since 1993, also always has been “a fierce advocate for workers, their families, their unions, and their right to collectively bargain.”

For his part, Scott thanked NEA Higher Ed members “for all the work you do, for being a robust community of educators and administrative staff.” He said, “I’m honored to receive this year’s Friend of Higher Education award for doing the work that we all believe in — that all students in this country have the opportunity for high-quality higher education that leads to a rewarding career.”

The original promise of the federal Higher Education Act, now 55 years old, was that “according to President Lyndon B. Johnson, ‘a high school senior anywhere in this great land of ours can apply to a college or university in any of the 50 states and not be turned away because their family is poor,’” Scott reminded the several dozens of NEA higher-education faculty and staff members who joined the virtual presentation on Friday evening.

That promise has been broken, as “regrettably a post-secondary education remains even further out of reach today,” said Scott. This is mostly because of cost — in 2018, the average cost of tuition at a public four-year college for in-state students was nearly $18,000, or more than twice as much as it was in 1985. But problems also have been exacerbated in today’s pandemic because of inequitable access to technology and high-speed internet.

What makes a Friend of Higher Education?

Scott is now the second winner and his list of accomplishments is long. As well as his work to  support historically Black colleges and universities (HBCUs) and other minority-serving institutions, Scott is “a fierce advocate for workers, their families, their unions, and their right to collectively bargain,” noted Moss.

As chair of the House’s Education and Labor Committee, last year Scott introduced the College Affordability Act, which would: restore state and federal funding to public colleges and universities; increase the value of Pell Grants, make student loans easier to pay off; and crack down on for-profit colleges and universities that deceive their students.

In response to a question Friday about college budget cuts from Enrique Farrera, an Oregon community college staff member, Scott noted that states used to pay two-thirds the cost of a state college education, and a Pell Grant used to cover 70 to 80 percent of costs. Today, states are putting in about one third, leaving students and families to pay—or borrow to pay the other two-thirds—and federal Pell grants cover about 30 percent.

“That’s why people are coming out with mortgage-size debts,” said Scott. “Those unwilling to borrow that kind of money can’t go to college.”

Two NEA Higher Ed leaders—Karen Morian of Florida and Bill Lyne of Washington—also asked Scott about safe returns to campus during the pandemic. “I don’t see how you can have thousands of people come from all over the country into a college, without testing before they get there, and then ongoing testing after they’ve gotten there,” said Scott. “You have to have testing, tracing, and people following protocols — social distancing, wearing masks, washing hands…

“It can be done, but you have to take it seriously,” he said. “And regrettably we’re not getting that kind of leadership from the White House. They’re so casual about it that a substantial number of the new cases in Washington, D.C., are all on the same street — Pennsylvania Avenue!”

Scott also urged NEA Higher Ed members to tell their Senators to support the HEROES Act, which would provide $915 billion in federal funds to states and localities to cope with budget shortfalls because of the pandemic. The bill, which already has been passed by the House, also would save more than 800,000 education jobs, including 153,000 higher-ed jobs.