As the nation celebrates LGBTQ+ voices and communities, educators are also speaking out against legislation and rhetoric that’s causing harm and stoking fear. 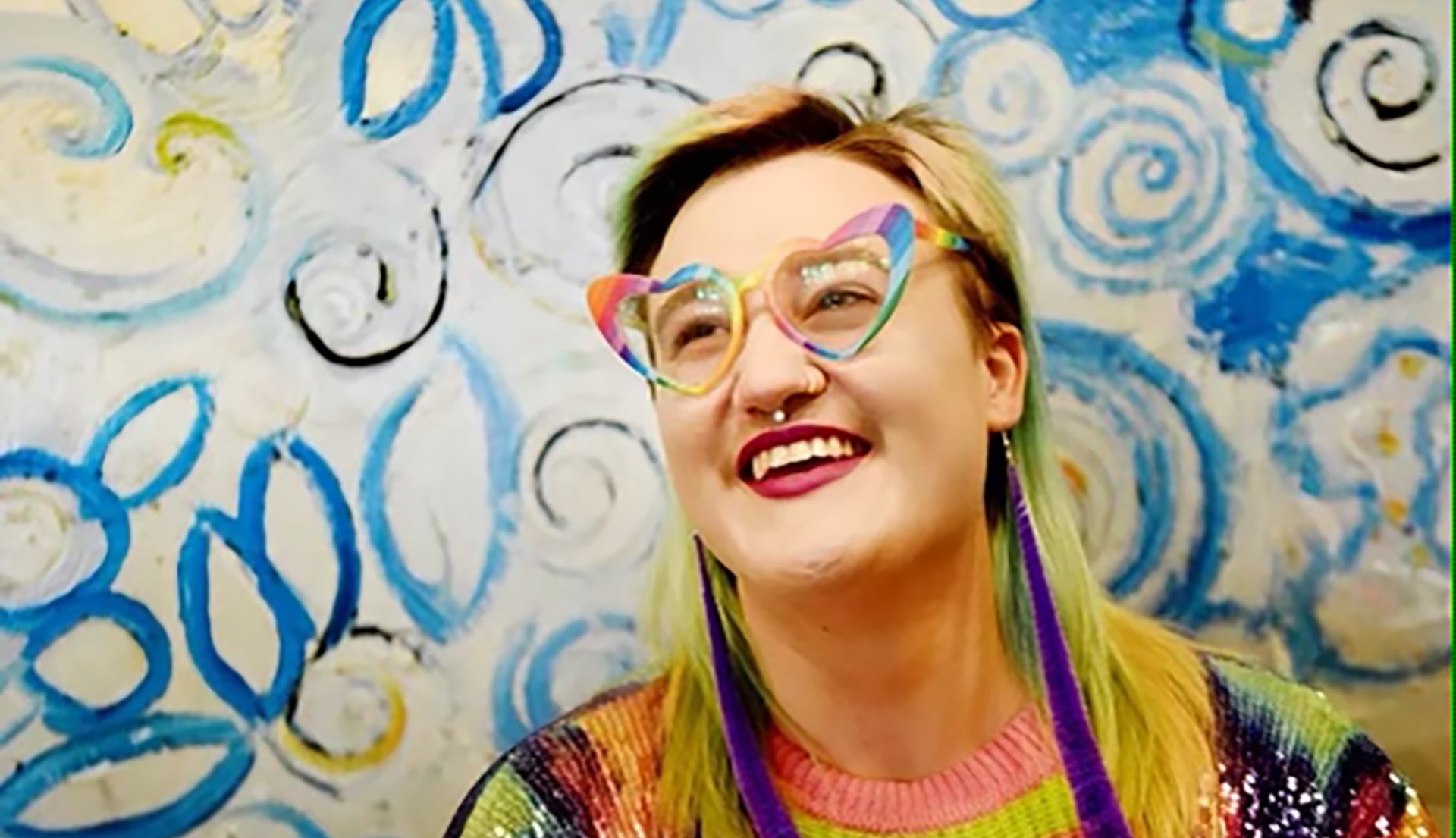 It’s a familiar start to a familiar story: Blaine Banghart wanted to be a teacher ever since the first grade.

“I didn’t know specifically what I wanted to teach … [until] high school, when I got more involved with our band program,” they say. “I made all-state for playing the French horn and realized that being a music teacher is something I could go to school for … and that’s what I decided to do.”

Today, Banghart is a music teacher in Louisiana and for the past five years has worked with students from Pre-K – 5.

Like Banghart, many teachers have similar tales of how they felt the calling to teach at a young age.

When Willie Carver was a kid, he would teach his sister what he had learned in school. By the time she entered kindergarten, he says, she was ready for the first grade.

Carver is now a high school English and French teacher and the 2022 Kentucky Teacher of the Year.

“I was born to teach, and I’m good at it,” said Carver, an openly gay teacher, during his testimony before a U.S. House Subcommittee on Civil Rights and Civil Liberties, in May. “I transform students’ thinking, abilities, and lives.”

However, over the last ten years, some politicians have increasingly turned to anti-transgender rhetoric and “Don’t Say Gay or Trans” legislation as a powerful complement to the racist dog whistles they use to whip up fear and consolidate power.

In 2022, they refined this strategy to create a moral panic over transgender youth, introducing more than 250 anti-LGBTQ+ bills across the country to criminalize medical care for trans youth and bar them from participating in school sports.

Recently, they have paired these attacks with fearmongering about critical race theory and book bans to mobilize their base with a potent mix of racist and transphobic tropes.

All the while punishing educators for doing their jobs.

Joy of Teaching in Peril

For Banghart, their joy of teaching comes from how excited students get for coming to their class. “I have standards and things I must teach,” Banghart says, “but students look forward to coming to my class because they know it’s ‘fun time,’ and what we’re learning is going to be done through singing and playing instruments. They really look forward to that, and it makes my job so enjoyable.”

Earlier this school year, Banghart came out to their school administrators as transgender, nonbinary. They were provided with strict rules as to what they could do in school and say to students. For example, they could continue to wear pins that express their honorifics and pronouns. Banghart goes by Mx., and their pronouns are they/them.

However, “I'm not allowed to tell kids I'm trans or nonbinary. I cannot discuss my identity at all. This makes me feel very small and restrained.”

Making matters worse, in March, Banghart discovered they had been the target of someone’s anger over their gender identity.

“This woman found a picture of me … wearing clothes I always wear, which is very colorful, rainbow-type clothing. I was also wearing my they/them and Mx. pins,” recalls Banghart. “She copied that picture and started posting it to different neighborhood and school groups. On her personal social media, she posted how ridiculous I am and shouldn't be allowed to teach. She called me ‘it.’”

School administrators received hundreds of phone calls and emails calling for Banghart’s resignation. Complaints first centered on their gender identity, but since identity is protected under federal law, the focus shifted to the school dress code and how Banghart was in violation of it.

“My school doesn’t have a dress code,” says Banghart, “and I’m not the only teacher with colorful hair and piercings at my school. This came up because I’m trans and they were trying to disguise it as something else.”

No action was taken by the school board and Banghart continues to teach music in Louisiana.

For Banghart, it was a lot of nonsense, but nonetheless, they felt devastated by these acts of discrimination and harassment, saying: “These people have never been in my classroom and are assuming I'm teaching children awful things. They’re complaining that I need to ‘just do my job.’ I do my job every day, but they were making it difficult for me to do it because they were harassing me online 24/7.”

Fear on the Rise

In March, Florida Governor Ron DeSantis signed into law the “Don’t Say Gay” bill that prohibits classroom instruction about sexual orientation or gender identity in K – 3, or in a manner that is not age-appropriate or developmentally appropriate for students in accordance with state standards.

While the law does not take effect until July 1, its impact is already being felt.

Michael Woods, a high school special education teacher of 29 years in Palm Beach County, Fla., describes how one colleague is hesitant about coming out. Another is backing away from all conversations around gender identity and sexual orientation, and another colleague removed from her lesson information about Sally Ride, the first U.S. woman, youngest person, and lesbian to travel to space.

“Our legislature has made a disastrous choice,” Woods says, “and my fear is that we won’t know how horribly damaging this is going to be to young people until years later,” adding that transgender kids are 3 times more likely to die by suicide. “Unless kids feel safe, what I teach or talk to them about won’t matter. And if we're not creating safe spaces for kids as the number one priority, then what are we doing as teachers?”

Brian Kerekes is a high school math teacher in central Florida and worries about the messages students are internalizing from DeSantis’s “Don’t Say Gay” law.

“It sends the message that students are not welcome. They need to keep things to themselves and can't express themselves, or feel comfortable to be themselves,” explains Kerekes. “This is wrong because our students should have the freedom to express themselves, and they should be able to look to educators as a resource to help them understand the world around them.”

With that, the math teacher of 14 years pushed away his own fears about Florida’s anti-LGBQ+ law and will continue to do what he has always done:

“My students know that … if they need someone to talk to, they can do that without any kind of fear or reservation,” says Kerekes. “That’s one of the biggest things we, as educators, can do for our students right now is to let them know that we're here for them and we support them.”

These conversations for students can be life changing, too.

Louisiana’s Blaine Banghart describes how when they were a student, they didn’t know people could not be a boy or a girl.

“I knew I wasn't a girl, but I never had the language or the people in my life to discuss my identity,” Banghart says. “But being able to say, today, this is my identity to my students could be so affirming for them and life changing for students who are in the LGBTQ community. They would feel seen and would know that someone that they look up to—not to brag—is also part of that identity and in that community.”

While Banghart started out alone in this fight against people who discriminated against them, they certainly didn’t finish alone.

At the time Banghart was attacked, they were not a member of their NEA-affiliated unions. But that didn’t’ matter, says Sheila Washington, a Uniserv director for the Louisiana Association of Educators. (Uniserv directors are union staff that members can turn to for a professional problem.)

“Our main goal, even if they had not joined the union, was to make sure they felt the support of the local, state, and national associations,” says Washington. “This community deserves the same amount of energy, compassion, and care that we put into other issues our members face. Blaine was teaching students, doing everything right, but here’s this outside group … wreaking havoc … and targeting people they feel don’t have anyone to stand with them and for them.” 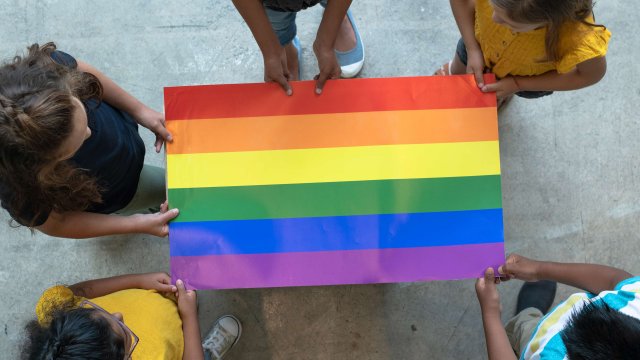 The union was prepared to support Banghart, reviewing paperwork they received from their administrators, informing them of their rights, and drumming up support to confront the small, but vocal, group of people who were opposed to them using the term Mx, they/them pronouns, and their colorful wardrobe.

Banghart says of the school board meeting, “Fortunately, nothing happened. The school board chose not to do anything. Those who showed up were mostly supporting me and the ones who weren’t … made themselves look silly. But having the support of the union has meant a lot to me. I felt very alone when all of this started, and so knowing that I now have my union behind me is very helpful.”

Now as a new member, Banghart has not only found a platform to help them advocate for LGBTQ+ rights, but they’ve also found other teachers in their district who are a part of the LGBTQ+ community.

“Sometimes we’re so closeted and feel so alone, but the union has introduced me to a few other teachers that are in similar situations to me at their own schools and has brought us together. It’s been amazing,” they say. 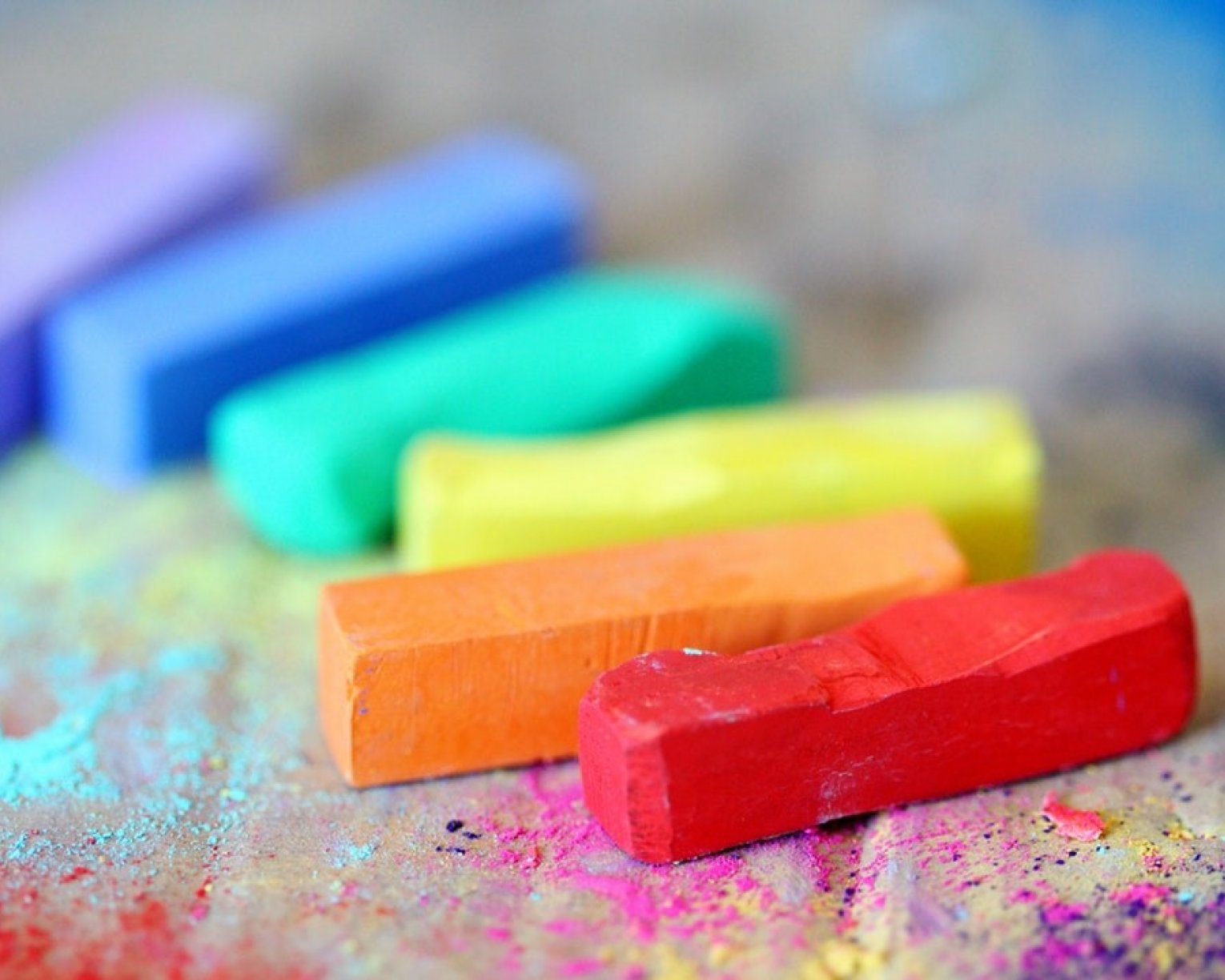