In-person and online, roughly six thousand delegates come together to set goals and priorities for the upcoming year—and celebrate their resilience. 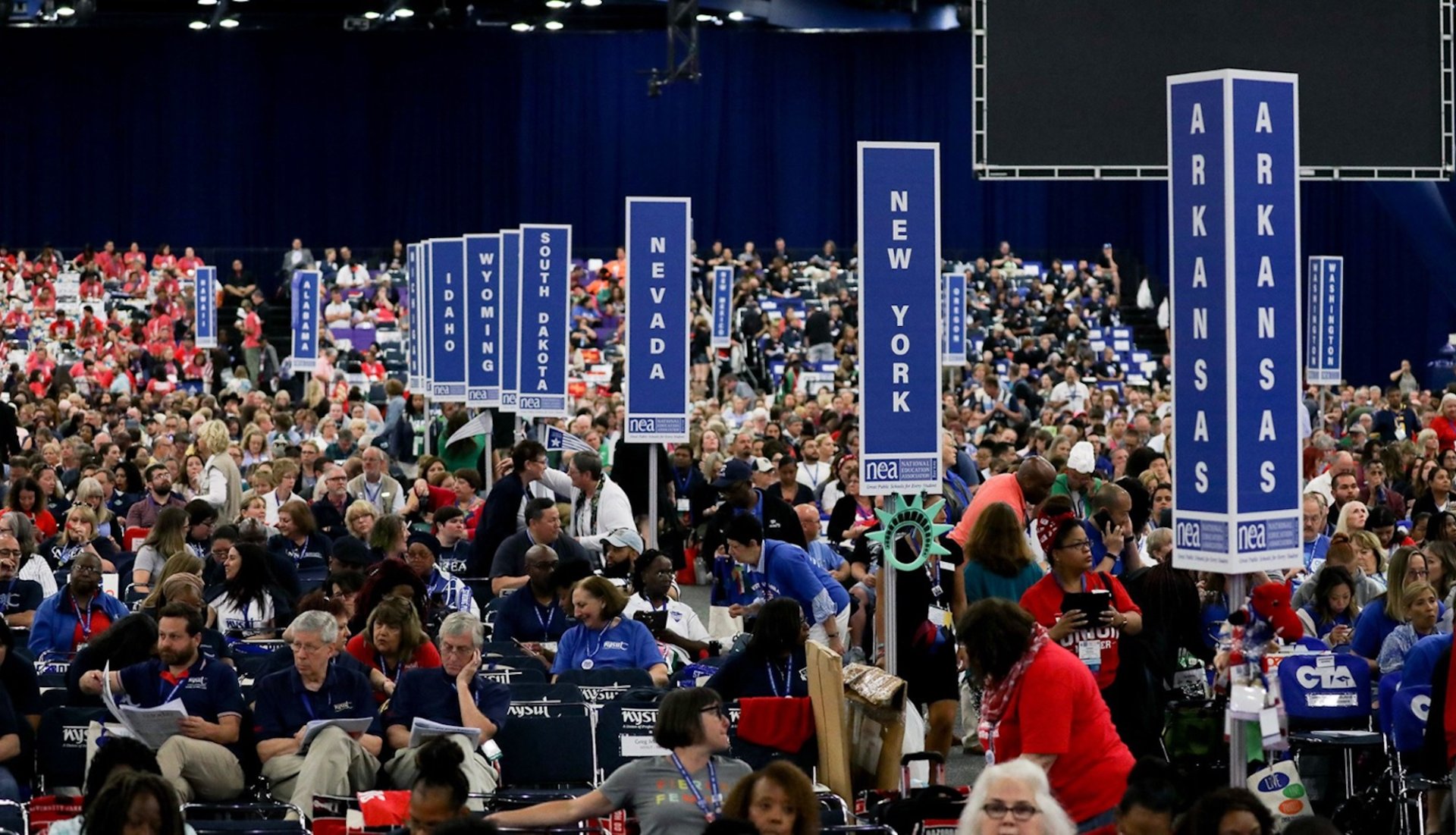 After two years of convening virtually, the National Education Association (NEA) Annual Meeting and Representative Assembly is back to meeting in-person in 2022! Approximately 6,000 delegates—representing state and local affiliates, student members, and retired members—travelled to Chicago or participated online (still an option) to set priorities for the nation’s largest labor union in the coming years.  The RA will be held at the McCormick Convention Center in downtown Chicago from July 3-6 with pre-meetings beginning on July 2. The Annual Meeting began on June 28.

The RA is the world’s largest democratic deliberative body and the top decision-making body for NEA’s nearly 3 million members. Every year, delegates come together to draft and debate new policies, adopt a strategic plan and budget, listen to speeches from NEA leaders and other prominent educators, and elect new leaders. Over the course of four days, the RA’s work will reflect the theme of this year’s meeting: Joy, Justice, and Excellence. Every year at the RA, delegates stand together for racially and socially equitable schools that prepare every student to succeed—and 2022 will be no different.

Prior to the RA, the Annual Meeting kicked off with NEA’s Aspiring Educator (AE) Conference, held June 28-July 1, where the next generation of educators celebrated their future profession, even as it has buckled under unprecedented stress and anxiety over the past few years. At the close of the four-day conference, AE members elected a new program chair, Sabreena Shaller, who just completed her degree in early childhood education (Pre-K-4) and special education (Pre-K-8) from Pennsylvania’s Millersville University.

The Conference on Racial and Social Justice, held June 29-July 1, addressed the fundamental issues of equity and social justice facing public education and explored ways to build community across all identities and perspectives. NEA will acknowledge 12 outstanding social justice champions at its Human and Civil Rights Awards ceremony on July 2.

A Visit From the VP

On July 5, Vice-President Kamala Harris will address the RA in person. In addition to being the first woman, the first Black American, and the first South Asian American to become Vice President of the United States, Harris is also a key member of the most pro-union administration in memory. A passionate champion of public schools and students, Harris helped the Biden-Harris Administration deliver the largest federal investment in public education in American history. The American Rescue Plan has provided critical resources to school districts to help fill staff shortages, repair ventilation systems, and improve access to high-speed Internet.

The RA will also hear from 2022 National Teacher of the Year Kurt Russell, Education Support Professional of the Year Debra Ward-Mitchell, and Higher Educator of the Year Bonnie Jean Alford. Alford is an instructor and union leader at Illinois’ College of DuPage (and a writer, editor, blogger, podcaster, publisher, and photographer). As a strong advocate for ESPs, Ward-Mitchell works tirelessly to keep some of the most at-risk adolescents in the Illinois public school system on track to graduation. Kurt Russell was selected as National Teacher of the Year in large part for his unwavering commitment to making his classroom a space for students to confront and examine difficult issues around race and injustice that directly impact their lives.

Follow all the latest RA news at www.nea.org/RA and #NEARA. 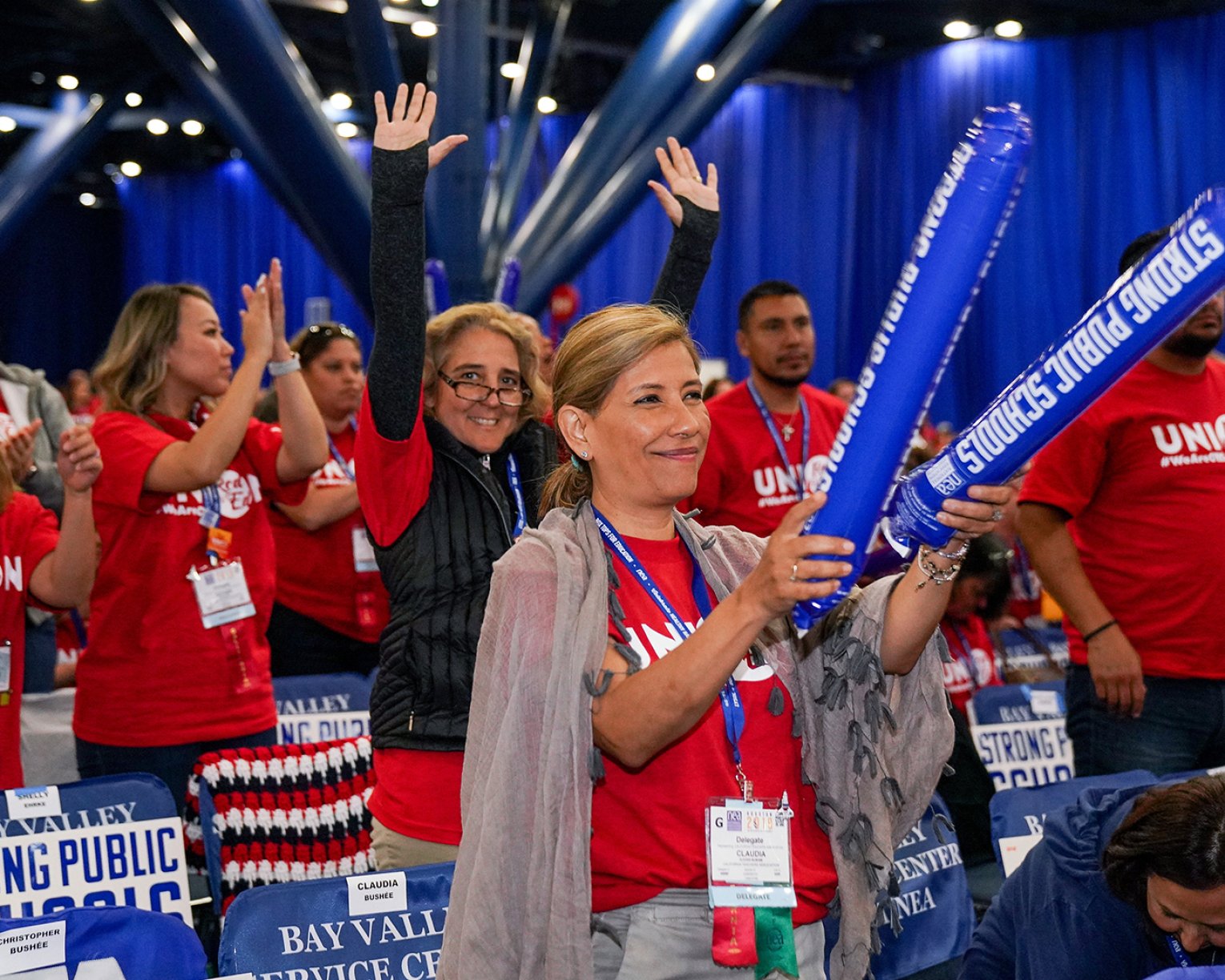 More News from the 2022 Representative Assembly

Get the latest on RA events, actions, and celebrations.