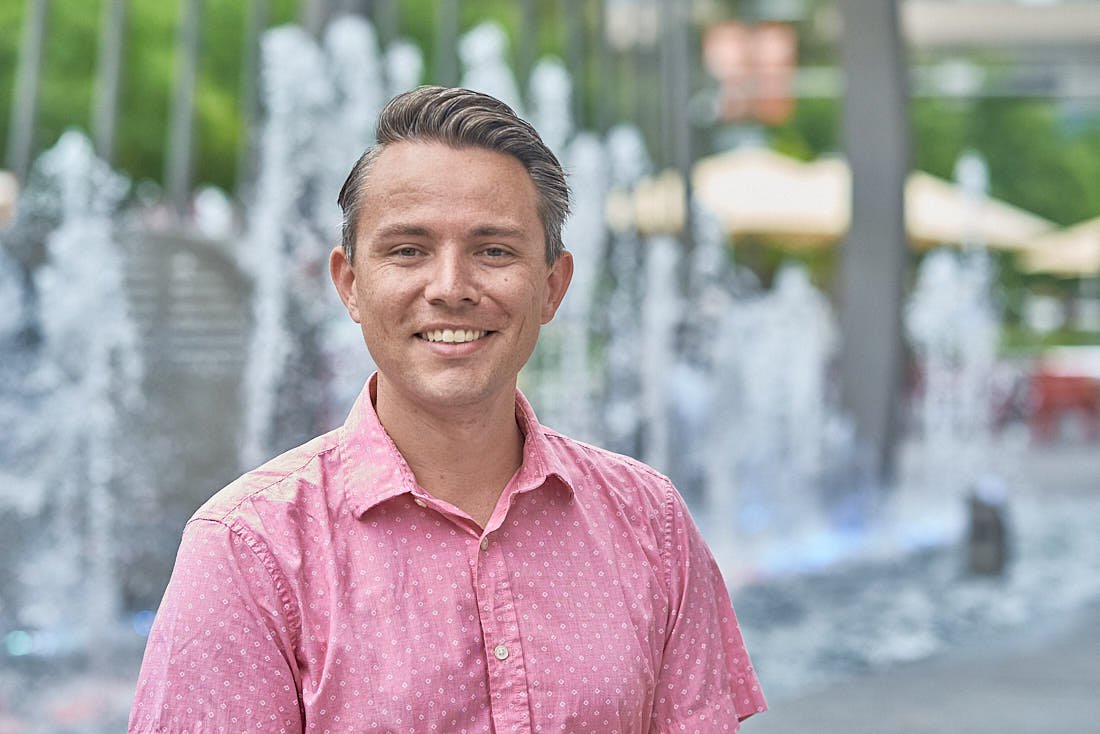 Growing up as a closeted gay kid in southwestern Virginia, I always knew the world wasn’t right. I knew that we had to make it better. Yes, I’m a cisgender white man but my gay identity was sort of a window into what it is like for marginalized people. I’ve always known that.

Ever since I hopped back on Twitter in March of 2017 after grad school, that’s when I started following people who were talking about social and education justice. It felt right. Ever since then, it’s like the universe said this is the work that I have to do. It’s tough, but I have the people and communities out there that I can lean on.

Many people are the only people in their school building doing this education justice work, and that’s a huge challenge. There’s a constant fear sort of in the background. It might be very subtle, under the surface: ‘What if there’s pushback? What if I lose my job? What if there’s some kind of big deal?’

One of the challenges of fighting for education justice is having to deal with people who have grown up in a hetero, white supremacist, patriarchal society. Because this work is a journey, you might encounter people who are just starting out on that journey. And in response to the pushback you get, you have to give grace to people. It’s not their fault.  And as I say all that, I realize I’m a cis white man who’s able to do a whole lot more than educators of color or women of color or queer people or nonbinary people or trans people.

If you look at the history of schooling in America and the way schools are designed, they reflect the values of society. Schools are political. Teaching has always been political by choosing what you add into your curriculum and what you keep out.

If you’re an educator of color, as a white person I’m not going to look at you and say, ‘Hi, this is what racism is.’

In order to be a school that values education justice, I would encourage English teachers specifically to look at, reach out and read about the #DisruptTexts community founded by Julia Torres, Trish Ebarvia, Lorena German and Dr. Kim Parker, four awesome women of color. It’s all about acknowledging that we do have to do education justice work and we have to fight against systems. There are a lot of schools where you are told what you have to teach. They offer strategies, concrete ways from them and other educators. For example, you can bring in stories from the Vietnamese perspective when teaching about the Vietnam War.

One way schools begin to show they value education justice is to create spaces that affirm the teachers who are doing this work, affirm educators of color, queer educators, anyone who’s marginalized. Schools can actually listen to what they have to say and do those things that they suggest. It’s important to designate spaces for those people and only those people to go in, because it’s really taxing on people of color, for example, to be in a majority white space and constantly have to navigate that and having that white gaze on them all the time. Speaking as a gay man in a straight world, it’s hard sometimes to be around a bunch of straight people and having to navigate that.

I definitely think we’re having more conversations about social justice in education. It was talked about in my masters in education program, but it’s talked about more now. At the same time, I’m at the point and I know others are at the point where it’s like, 'Okay, I’m just talking. Let’s do something now.'

I’m noticing that since I began as a teacher seven years ago, students seem to care more about social and education justice, students seem to get it more. I know it’s not like that everywhere, but because it’s coming into the social consciousness more, that is a step toward the right direction.

Education as a system is slow to change. A lot of us are eight miles ahead and education is slowly figuring itself out to get caught up. Things are better but we still have a lot of work to do.

White supremacy is this slippery thing that likes to hide. It’s resilient, cloaks itself and doesn’t want to have a light shone upon it. One of the biggest challenges is constantly having to deal with that, because living in a white supremacist society drains people of color of their energy. And we need more white people stepping up and pushing back against it or we are going to lose more people of color burning out and leaving teaching.

Advocating for social and racial justice in education has made me more aware of the big and small and nuanced ways that I have been oppressing students, because I have been going with the status quo, going with the system. I’ve learned ways I can be more inclusive, create safer spaces where students feel affirmed and valued. I am also more focused on and cherish relationships with students and educator-to-educator relationships as well.

When you are bringing in multiple voices and experiences, when students have more texts and more things to think critically between and across and through and about, I know that I am giving my students a more effective education.