Vouchers take scarce funding from students in public schools and give those resources to unaccountable private schools.
Share

No matter how you look at it, vouchers undermine strong public education and student opportunity. They take scarce funding from public schools—which serve 90 percent of students—and give it to private schools—institutions that are not accountable to taxpayers.

Moreover, there is ZERO statistical significance that voucher programs improve overall student success, and some programs have even shown to have a NEGATIVE effect for students receiving a voucher. Furthermore, vouchers have been shown to not support students with disabilities, they fail to protect the human and civil rights of students, and they exacerbate segregation.

There's no conclusive evidence that vouchers improve the achievement of students who use them to attend private school. Nor is there any validity to claims that, by creating a "competitive marketplace" for students, vouchers force public schools to improve. In fact, the most dramatic improvements in student achievement have occurred in places where vouchers do not exist — such as Texas and Connecticut. Instead, those states and communities focused on teacher quality and extra help for students who need it. Where there is conclusive evidence is that investing more money in public education improves student achievement.

Private schools have almost complete autonomy with regard to how they operate: who they teach, what they teach, how they teach, how (if at all) they measure student achievement, how they manage their finances, and what they are required to disclose to parents and the public. Moreover, the absence of public accountability for voucher funds has contributed to rampant fraud, waste, and abuse in current voucher programs.

Actually, they increase costs, by requiring taxpayers to fund two school systems, one public and one private. The result is that public schools, which educate 90 percent of students, wind up with less funding. This leads to larger class sizes and fewer resources, such as textbooks, school nurses and counselors, lab equipment, and music and athletic programs.

Participating private schools may limit enrollment, and in many cases may maintain exclusive admissions policies and charge tuition and fees far above the amount provided by the voucher. Unlike public schools, private and religious schools can — and do — discriminate in admissions on the basis of gender, religion, sexual orientation, ability, behavioral history, prior academic achievement, standardized test scores, interviews with applicants and parents, and income.

Rooted in Segregation and Racism

Vouchers were first created after the Supreme Court banned school segregation with its ruling in Brown v Board of Education. School districts used vouchers to enable white students to attend private schools, which could (and still can) limit admission based on race. As a result, the schools that served those white students were closed, and schools that served black students remained chronically underfunded.

The pattern of discrimination continues with vouchers today. Unlike public schools, private schools can (and some do) limit their admission based on race, gender, sexual orientation, ability, and any other number of factors. Furthermore, vouchers rarely cover the full tuition, so families who were promised a better education are left footing the bill.

If we’re serious about doing what’s right for every child’s future, let's do what works: support public schools so that every student has inviting classrooms, modern technology and textbooks, and class sizes that are small enough for one-on-one attention.

Voucher programs can take different forms from state to state. These programs hide behind euphemisms such as “Opportunity Scholarships,” “Tax Credit Scholarships,” “Education Savings Accounts,” and “Tuition Tax Credits,” but they all function the same way. Public funds intended for public schools are diverted to private schools. 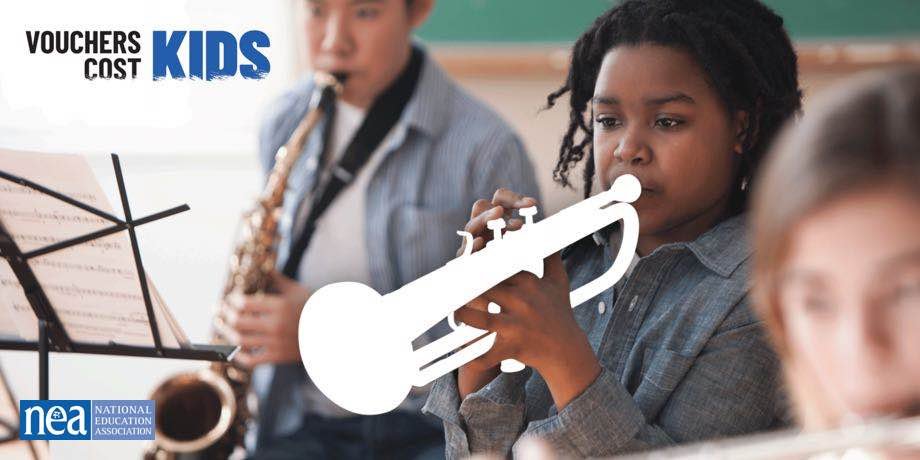 1 OF 3
Vouchers are any form of public payment to help parents send their children to private schools, including religious schools. They may take the form of direct government payments to parents, tax credits parents can take for tuition payments, or “scholarships” from nonprofit organizations that receive donations for which the donors, in turn, receive a tax credit. These programs frequently support private schools that may discriminate against students and their families, and do not necessarily subsidize the full cost of private education for those students who are accepted. Voucher supporters use terms with marketing appeal such as “personalized learning,” “opportunity scholarships,” and “parental choice” because they know the word “voucher” costs them public support 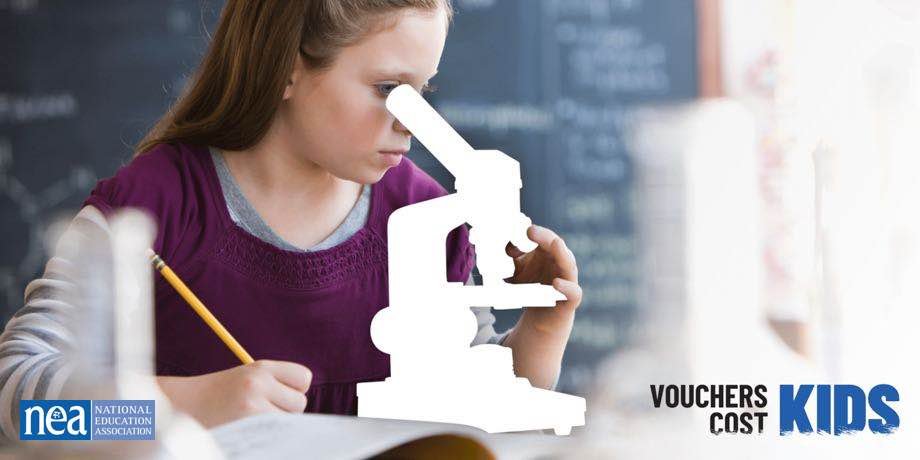 2 OF 3
Education Savings Accounts (ESAs) are the latest trend in publicly subsidized private school education. Also known as Education Scholarship Accounts, Personal Learning Scholarship Accounts (PLSA), or an Individualized Educa­tion Account Program (IEAP), the common factor is that these programs pay parents a large portion of the money the state would otherwise have spent to educate their children in exchange for an agreement to forego their right to a public education. Consistent with all voucher programs, they divert taxpayer funds to subsidize private choices and undermine princi­ples of equity and accountability, all while doing nothing to improve the quality of education. 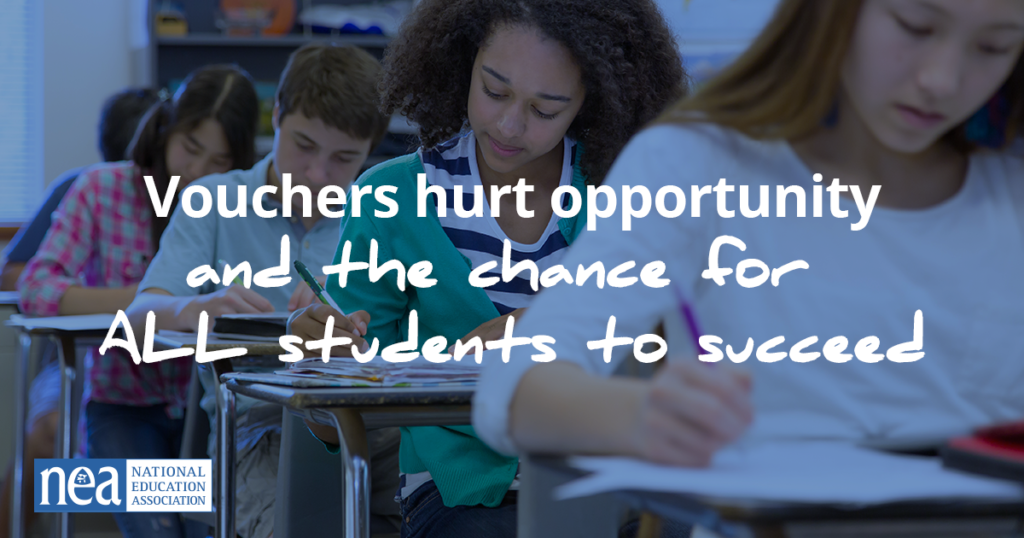 3 OF 3
Tuition Tax Credits (TTCs) are a form of voucher that is integrated into the tax code to be used by parents to subsidize private schools. Individuals and corporations can make donations to a foundation that turns the money into private school vouchers, and they get a dollar-for-dollar tax credit in return. Corporations are more often than not the beneficiaries of these schemes, and they get a tax break while undermining the public resources in our communities, including education. TTCs reduce the amount of money available for evidence-based school improvement strategies that address the specific needs of each school community. TTCs are sometimes also deceptively called "Tax Credit Scholarships." 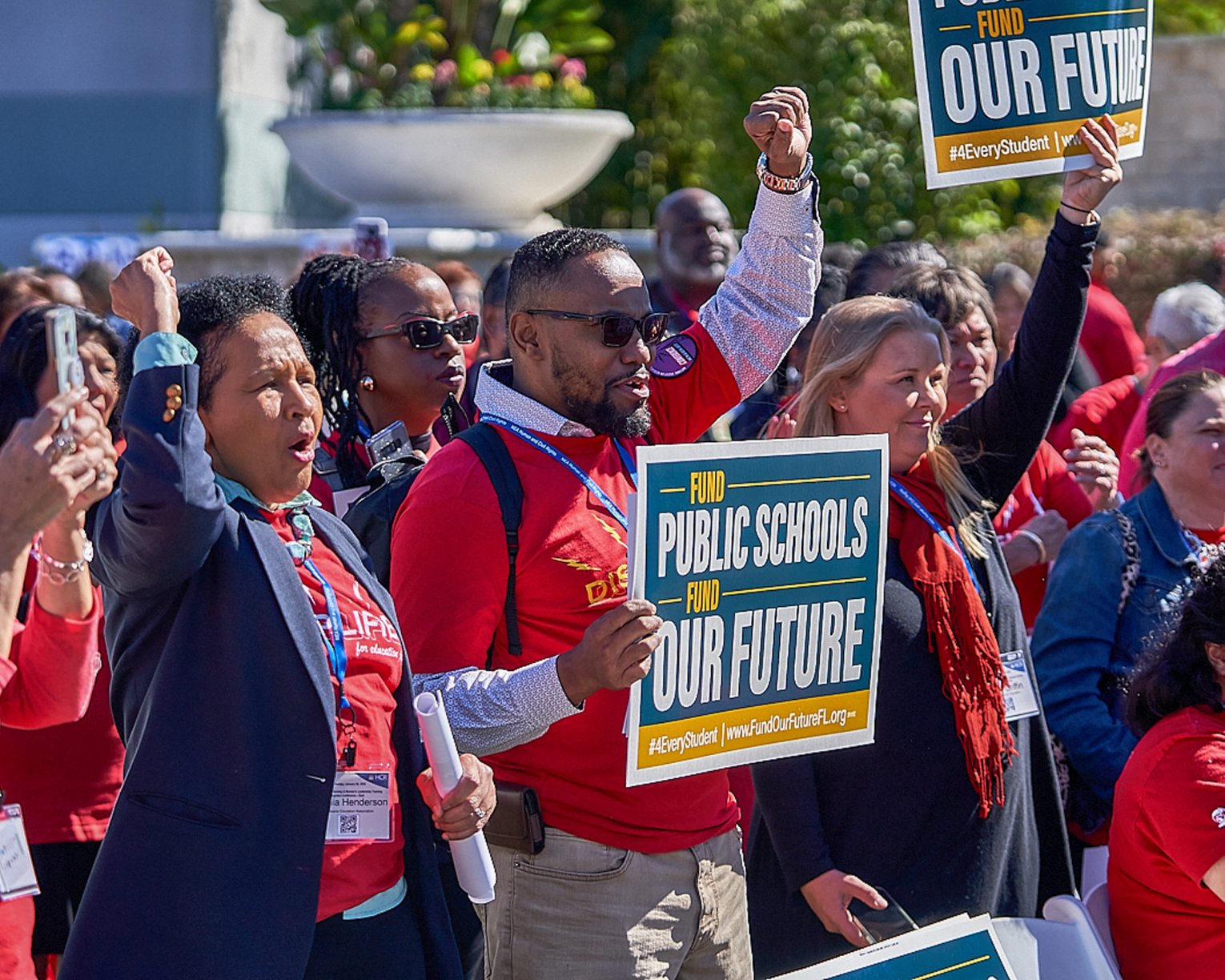 Knowledge is power. Learn from our activists.

Get ideas and inspiration by the stories of advocates like you, receive action alerts and invitations to webinars, and much more to be the best advocate possible for our students and schools.