Native educators say Thanksgiving lessons can be accurate, respectful, and still fun—here’s how

Whether you’re teaching tots or teenagers, celebrate your best Thanksgiving lesson ever by teaching an accurate history of the holiday. 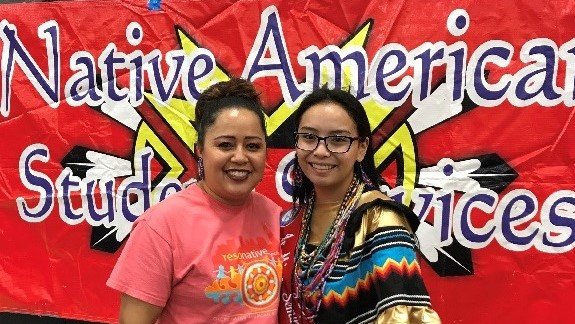 Dr. Star Yellowfish has a challenge for America’s schools and educators: whether you’re teaching tots or teenagers, celebrate your best Thanksgiving lesson ever by teaching an accurate history of the holiday.

Thanksgiving is a great entry point for learning about the culture of America’s first people, says Yellowfish, Director of Native American Student Services for Oklahoma City Public Schools (OKCPS) and a member of the Keetowah Cherokees.

Teaching truth, and learning from it, helps us honor all of our students and build stronger relationships with each other says Yellowfish, who shares tips and resources to help educators get started.

What motivated you and OCPS to produce a Thanksgiving lesson plan from a Native American perspective?

Our teachers needed something meaningful, tangible, and easy to follow in their classrooms. And Native parents were frustrated with their child coming home with make-shift feathers and inaccurate stories of Thanksgiving.

What’s the single most important lesson you teach students around Thanksgiving?

How two extremely different communities worked together to coexist and how we can learn from that. [Even though the relationship between the English settlers and Wampanoags was temporary and often strained, it was a rarely achieved peaceful coexistence between early Native Americans and Europeans.]

What are some meaningful ways educators can teach their students about Thanksgiving?

What should educators avoid?

Have you had to deal with any pushback from schools or parents?

The biggest criticism I’ve heard is that Native people are too sensitive and we’re taking the fun out of Thanksgiving celebrations at school. But when I’ve talked to parents one on one or in small groups and explain what we’re doing instead, they’re perfectly fine.

My nephew’s parents found out the night before that his public elementary school had planned a typical Thanksgiving celebration, with students dressing as “Pilgrims” and “Indians.” When they expressed their concerns to his teacher and principal, the school changed their plans and redesigned the celebration, all within a matter of hours.

The parents took part by teaching students a lesson about Native culture and the original Thanksgiving. The kids still got to sit down and have a feast. Nobody dressed up in costumes and the students still had a blast because everybody came together in the spirit of cooperation and Thanksgiving. Isn’t that what it’s all about?

Resources from the National Museum of the American Indian
Lesson plans, videos and much more for all ages.