Students got to hear directly from a children's book and YA author after their teachers entered and won NEA's 2022 Read Across America Sweepstakes. 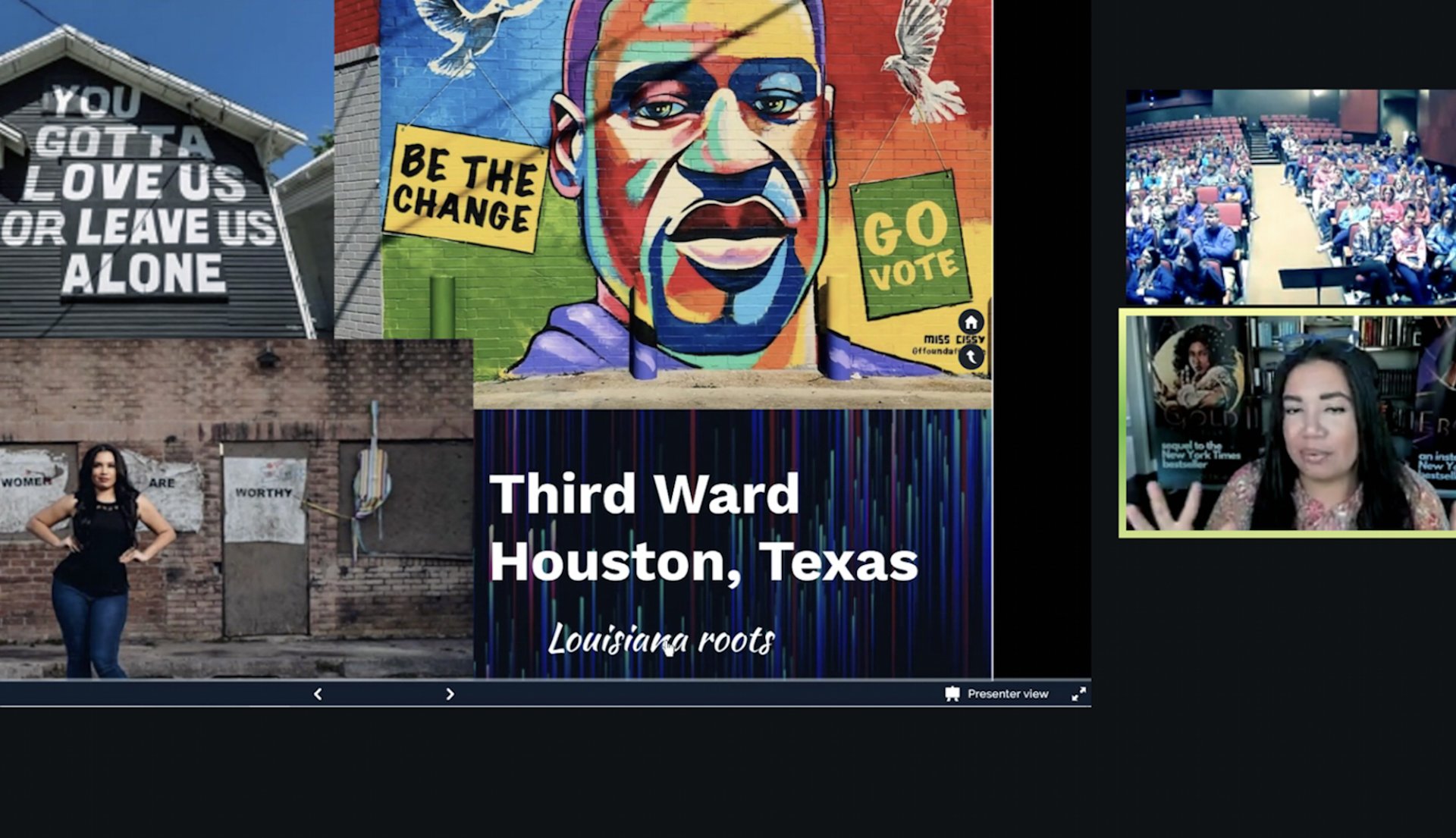 A magical world of wizardry isn’t usually associated with places like Houston’s Third Ward. There are no castles or dragons or enchanted forests in the historically Black region of the city where George Floyd went to high school, but it is the setting of YA author J. Elle’s book Wings of Ebony, about a Black girl living in the Third Ward who learns she’s magical.

“This is where I’m from, but I’d never seen my ward in a fantasy novel,” J. Elle told an auditorium of students at Paris Cooperative High School, in Illinois, via Zoom. “There weren’t very many stories about my neighborhood, or my life.”

So she wrote one.

Wings of Ebony is about a teen demigoddess named Rue who battles racist deities poisoning her block with drugs, violence, and crime. It explores themes of race and privilege while bringing the very real magic of her community to life within the pages – like the kinship and connections that make the Third Ward the dynamic neighborhood it is today.

Check out our 2021-2022 online calendar for suggested books and teaching resources.
Find out more

The author, who is a former teacher, met with the Illinois students to tell them about herself and the writing process and to answer their questions as part of NEA’s Read Across America sweepstakes. The students also received their own copy of Wings of Ebony.

Kristy Bennet, who teaches eleventh and twelfth grades at the school, entered the Read Across America Sweepstakes on behalf of her students. NEA randomly selected the winner from among the nearly 7,500 submissions. The popular contest ran between January 10, 2022, and January 31, 2022.

“School should be a safe space for students to question life and its many variations, and one of the most important ways that can be achieved is through reading books of all kinds,” said Bennet. “Teachers cannot really prepare students for life after high school if they are not willing to aid students in developing their voices and guiding them in using those voices. A major way students can prepare for the unexpected is through reading, either fictional stories that push what they think is possible or nonfiction that asks them to consider life from someone else’s point of view.”

Libraries should be filled with more books – not fewer – that celebrate diverse points of view and life experiences that are relevant and worthy of discussion.
—Delia Rivera, fifth grade teacher

The students asked J. Elle about the hardest part of writing a book (she said it was believing she could do it), whether it’ll be made into a movie (a possibility, but we’ll see), and who her influences are (Nic Stone and Sabaa Tahir, for starters).

When they asked her about what surprised her about writing books she said it was how real a writer can make a fantasy world and how much readers will want to live in that world. She also learned that there are many different ways to tell stories and that all of us have at least one to share.

That same day, award-winning author David Bowles paid a virtual visit to Kenmore Elementary School students, in Baldwin Park, California, also as part of the National Education Association’s Read Across America Sweepstakes. The author read his book My Two Border Towns to students and took part in a question and answer session with them. Copies of the book, in English and in Spanish, were delivered to the students in each of the 18 classrooms that participated in the virtual reading event.

Bowles told the elementary students that he grew up in deep south Texas near the Mexico border. His father would take him across the river to Mexico to visit family – his grandmother, cousins, and second cousins.

“So many primos and primas! Sometimes I didn’t even know whose kid I was playing with, I just knew they were family.”

There’s something very special about a border town, he said, where there’s a blend of English and Spanish language and culture.

“When you cross to the Mexican side, you see similar things, see both languages on signs and storefronts. It’s very colorful, and there are lots of people selling stuff on the streets. It really feels like these two places are like one.”

When he began to take his own children across the border, they started to notice many people, entire families from places as far away as the Caribbean or Central America, camping out on the bridge between the two countries.

In 2017, the U.S. Government put a checkpoint halfway across the bridge. If you can step into America, you can ask for asylum, but with the checkpoint, they couldn’t make it across into the U.S. and therefore couldn’t ask for asylum. People had to wait for weeks or months to get an appointment. They began to live on the Mexican side of the bridge, setting up tents, sleeping bags and air mattresses.

What led to writing to this book, Bowles said, was thinking his kids would have wanted to be friends with the kids there camping out and to help them.

The book is about our responsibility to our gente—the people in our community, he said.

Delia Rivera, who teaches fifth grade at the school, entered the Read Across America Sweepstakes on behalf of her students.

“I believe that it is more important than ever to have more books accessible to students at every grade level,” said Delia. “Banning books in libraries can slow down any progress we have made in creating a more just and equitable society that embraces cultural diversity, and the ability to explore different topics. Libraries should be filled with more books – not fewer – that celebrate diverse points of view and life experiences that are relevant and worthy of discussion.”

Each month, Read Across America recommends books around a theme. Check out the selections for April below:

Nurture a Sense of Belonging 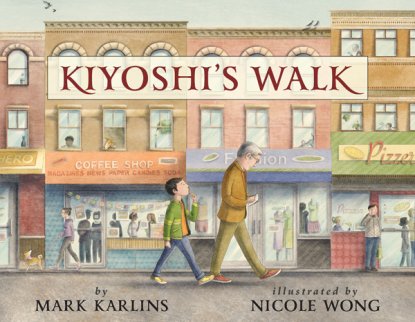 When Kiyoshi, a young boy of Japanese heritage, asks his grandfather poet where poems come from, Grandfather Eto takes him for a walk where Kiyoshi finds both answers and inspiration to write a haiku of his own.
Learn more 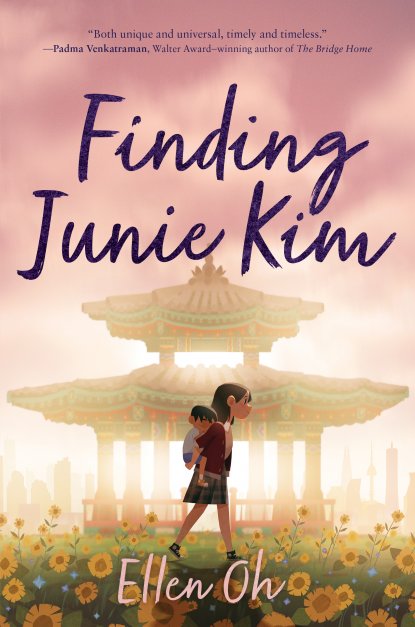 Twelve-year-old Korean American Junie Kim, who’s kept quiet about the bullying and racism she encounters at school, is diagnosed with depression but is later inspired to speak out after learning about her grandfather’s experiences during the Korean War.
Learn more

Last Night at the Telegraph Club 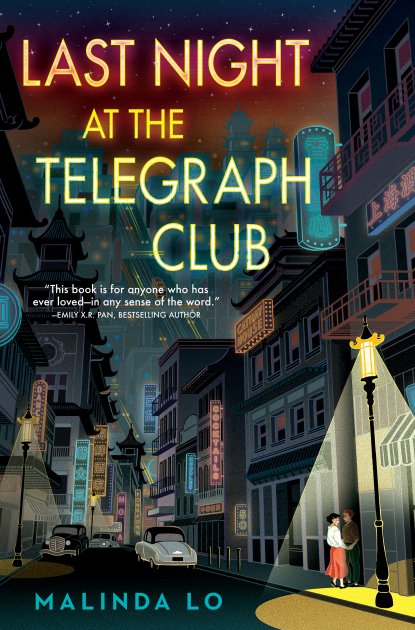 Last Night at the Telegraph Club

In 1954, seventeen-year-old Chinese-American Lily Hu shares her secret excitement over an ad for a show at the Telegraph Club featuring a male impersonator with her White friend Kathleen. Kathleen takes Lily to the San Francisco lesbian bar where they begin to explore their sexuality and their relationship.
Learn more 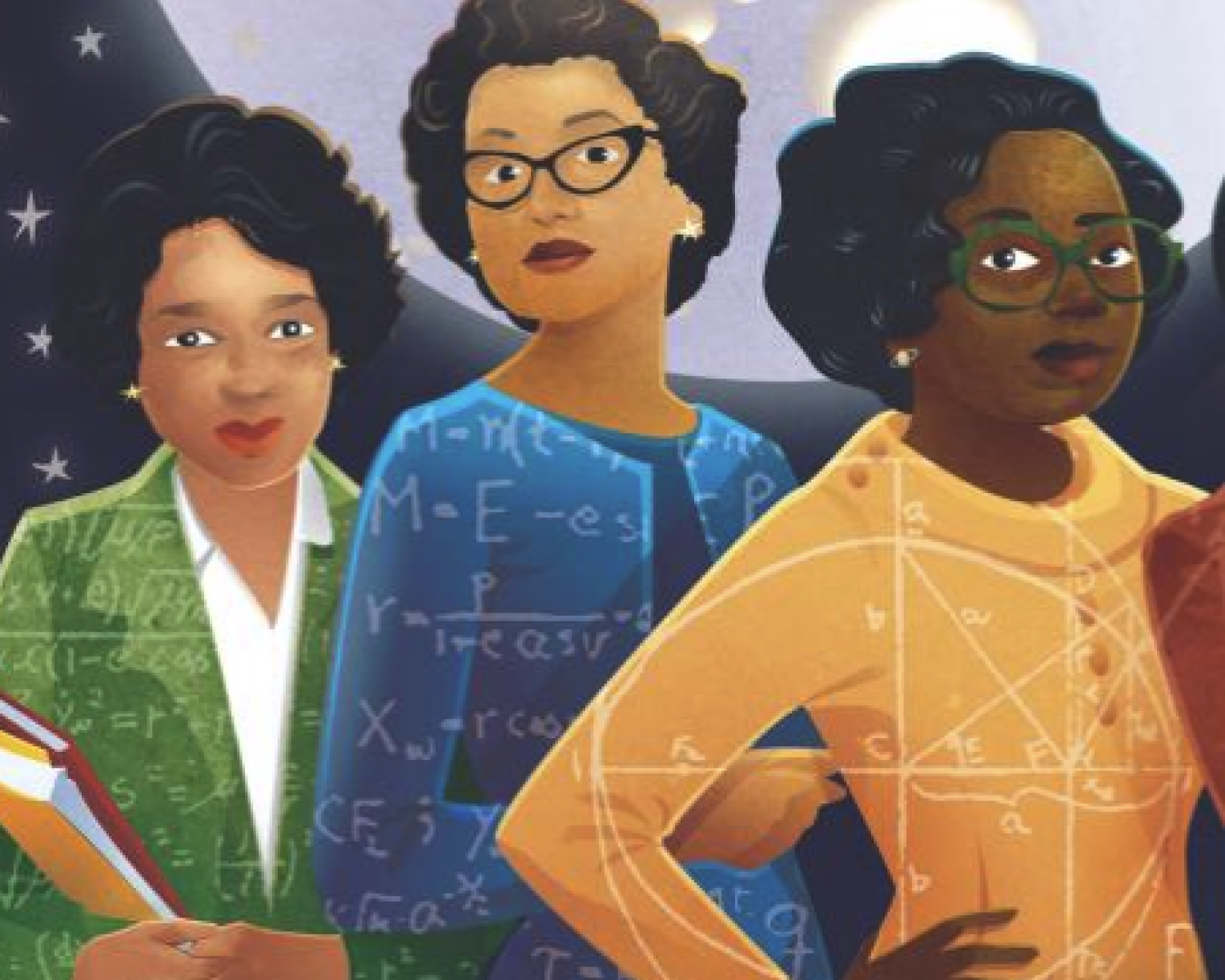 Recommended Books by Theme from NEA's Read Across America

Spread the joy of reading with these lists from NEA and Colorín Colorado to connect children and their families to diverse books, languages, and cultures.