NEA presents the Rosa Parks Memorial Award to inspire others to champion the cause of human and civil rights.

Rosa Parks (1913-2005) sat down so that others could stand up. By refusing to give up her seat on that fateful day—Dec. 1, 1955, in Montgomery, Ala.—Rosa Parks set in motion a series of events that caused the racist system of legalized segregation to collapse. 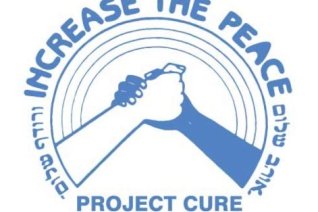 What started as a Brooklyn-based collective after the Crown Heights race riots in 1991 has become a worldwide effort to “Increase the Peace!”
Learn More

Her activism and personal sacrifice spurred the 381-day Montgomery Bus Boycott, which ultimately led the city of Montgomery to lift the law requiring segregation on public buses. It was a dangerous thing she did that day but not a random act. Rosa Parks had been an NAACP activist for years. On a national platform, the Boycott helped to shine light and launch advocacy across the nation to end segregation of public facilities.

NEA presents the Rosa Parks Memorial Award to inspire others to champion the cause of human and civil rights. To be eligible for this award, the nominee must meet one or more of the following criteria: