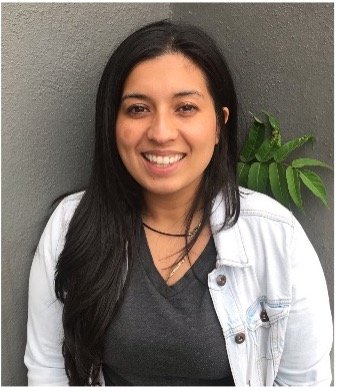 When educators have a voice in implementing solutions that work for their school communities, students thrive. Adriana Abundis, a high school dual-language teacher in San Antonio, Texas, exemplifies this daily. As Texas State Teachers Association President Ovidia Molina describes, “As a professional instructional advocate, Adriana amplifies the power and knowledge of her community by providing interdisciplinary real-world applications and supporting the dignities of her students.”

As a math teacher, Abundis helped students achieve what they believed they never could. In 2019, Abundis was selected to lead a mathematics invention course for students with learning exceptionalities. By using differentiated instruction, language support, and cultural knowledge scaffolds, 100% of her students who repeatedly struggled with state assessments passed their end-of-year course test.

Learn more about the George I. Sánchez Memorial Award

NEA presents the George I. Sánchez Memorial Award to a nominee whose activities significantly impact education and the achievement of equal opportunity for Hispanics.
Learn More

Reflecting on her time as a high school student whose first language was Spanish, Abundis noted that as she used Spanish less and less in school, she became increasingly reserved. Not wanting this to happen for her students and recognizing the strength in the Spanish language and the Mexican American culture, she became a founding teacher and organizer for the dual language program at Lanier High School in San Antonio. Emphasizing academic success, bilingualism and biliteracy, and social-cultural competence, Abundis’ students are celebrated for dominating two languages and two cultures. She also developed her high school’s first Mexican American studies course and the dual-language middle and high school algebra curriculum for her district.

Abundis also encourages her colleagues to lead in equitable teaching and learning for dual language students. She engages in the brainstorming, development, and execution of peer professional learning opportunities for educators in her school, local union, and community. Abundis centers combining the need for high expectations, equity-based strategies, and socio-historical reflection in her programs. Dr. Lilliana Saldaña, Associate Professor at The University of Texas at San Antonio, says about Abundis, “She modeled that all teachers can be intellectual and cultural assets to their communities of practice.”

To make learning mathematics real, Abundis engaged her students in a year-long challenge to create a 2,500 square foot mural in their own neighborhood. The unit was rooted in civic engagement, art therapy, and real-world mathematics application. It elevated the cultural and mathematical knowledge of the community and its students. The project received a $20,000 grant from the City of San Antonio to pay students and community members stipends for their participation. Students also attended weekly mathematics tutoring to explore mural construction and community art workshops. At the end of the project, students regarded math as something they could create with their hands and hearts. Eager to elevate their mathematical knowledge, students found excitement and community empowerment.

Abundis’ work continues the legacy of Dr. George I. Sánchez, former president of the New Mexico Education Association (1935-36), who led the charge to promote equitable educational opportunities for Latinx students in public schools. Abundis feels deeply connected to her community, and she wants to see it thrive. In her work in education and in her community, she describes her work as “redefining and reclaiming an education system that our students, communities, and colleagues deserve, centered on our humanity and celebrating our accomplishments as a collective.”