Organized by youth organizers Mahllie Beck and Drake Wilson of Generation Justice, non-violent protests were initiated in Snohomish, Washington to support Black Lives, law enforcement reform, and educational justice. Wilson and Caroline Yip documented the peaceful protest and those who attempted to hijack it in their film What Happened on First Street. 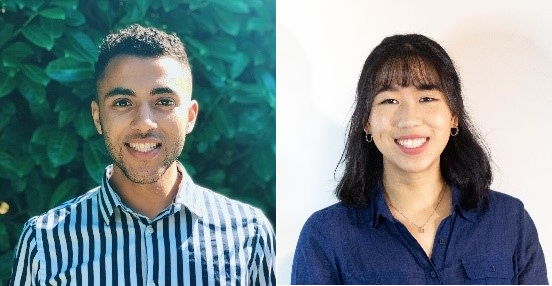 This statement was heard by a counter-protester during a peaceful demonstration against racism on May 31, 2020. Organized by youth organizers Mahllie Beck and Drake Wilson of Generation Justice, these non-violent protests were initiated in Snohomish, Washington to support Black Lives, law enforcement reform, and educational justice. Engaging the community, which is primarily white and rural/suburban, hundreds of community members showed out in support, and they persevered in the face of aggressive pushback that included armed Proud Boy counter-protesters, Confederate flags, and an assault on a non-violent student activist. Two graduates from Snohomish School District, Wilson and Caroline Yip, documented the peaceful protest and those who attempted to hijack it in their film What Happened on First Street, which was aired in virtual community screenings in autumn 2021.

Wilson described the motivation of the film to The Daily Herald, “We kind of took it on as a way to just have a historical record of the events that had occurred in Snohomish, and also to give an opportunity to kind of highlight the experiences of Snohomish’s Black and brown residents leading up to May 31. Because, a lot of us weren’t super surprised when we saw Proud Boys and Confederate flags being waved down on First Street.” The youth movement pioneered by Wilson and Beck inspired the community to challenge the local elected officials who spoke in defense of the racist rally. The mayor, featured in the documentary, and the city council members were all voted out of office; the newly elected mayor is both the first woman and first person of color to serve in that position in Snohomish.

Dr. Martin Luther King, Jr. led the American civil rights movement that broke the shackles of segregation. By stirring the conscience of the nation, he helped enact civil rights laws and opened pathways of hope to Americans of all races and groups. In this spirit, Mahllie Beck, Drake Wilson, and Caroline Yip collectively have worked to improve the lives of all residents of Snohomish.

The daily protests culminated on Juneteenth of 2020 when Generation Justice organized a community march from First Street to the local high school. Speakers described their experiences in Snohomish, but primarily in their public schools. They concluded the march by issuing a call for change with a list of demands. These demands were brought forth by union members in their collective bargaining process, which resulted in a landmark agreement. The local district agreed to implement many of the students’ demands as presented by the union, which will result in ongoing and institutional change. These peaceful protests, along with the documentary, have shown the importance of refusing to stay silent in the face of oppression and racial injustice.