Born out of César Chávez’s nonviolent labor movement of the 1980s, Piñeros and Campesinos Unidos del Noroeste (PCUN) embodies his philosophy and continues to organize, advocate, and engage in nonviolent activism. 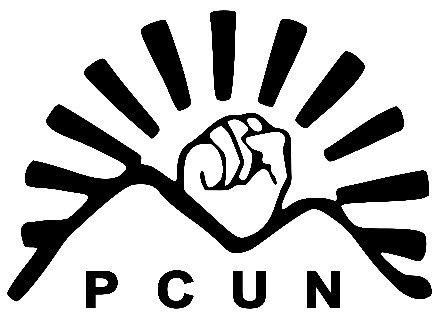 Labor and civil rights activist César Chávez stated in 1984, “Once social change begins, it cannot be reversed. You cannot un-educate the person who has learned to read. You cannot humiliate the person who feels pride. You cannot oppress the people who are not afraid anymore.” Born out of Chávez’s nonviolent labor movement of the 1980s, Piñeros and Campesinos Unidos del Noroeste (PCUN) embodies this philosophy and continues to organize, advocate, and engage in nonviolent activism.

NEA presents the César Chávez Acción y Compromiso Human and Civil Rights Award to a nominee who follows in the exemplary footsteps of César Chávez in philosophy, work, and leadership.
Learn More

PCUN began their work organizing farmworkers in Oregon for collective bargaining rights. They also helped farmworkers who qualified for amnesty to apply for legal residency. After advocating and achieving law changes that allowed farmworkers to picket at their worksites, farmworkers participated in the first union-organized strike in Oregon in 1991. In response to one of the farms’ retaliation against those who participated in the strike, PCUN led a 10-year boycott of the largest fruit and vegetable processor west of the Mississippi River. This resulted in the processor breaking ties with that farm and engaging in negotiations with PCUN. They have continued to advocate for safe, just, and equitable working conditions, including establishing guaranteed paid rest breaks, outlawing harmful pesticides, creating standards for safe outdoor working conditions, and increasing the minimum wage.

Their work has only continued to amplify the needs of farmworkers and Latinx working families during the COVID-19 pandemic. PCUN disseminated information about safety precautions and vaccines not only to Spanish-speakers but also to Indigenous workers who speak a language other than Spanish, including Mam, Mixteco, and K'iche'. PCUN also coordinated and distributed state-supplied masks and hand sanitizer to farmworkers. They helped administer a work relief fund to support families economically impacted by COVID-19 but were unable to receive other aid due to their immigration status. They have also advocated for access to healthcare to all Oregon children, educated farmworkers on the effects of pesticide use, developed an affordable and safe housing program for farmworkers and their families, and initiated a leadership institute to train future union leaders, politicians, and other community leaders in organizing and advocacy skills.

The advocacy of PCUN demonstrates their deep belief in the importance of high-quality public education to ensure that all children—whether Native or newcomer—can achieve their dreams. They have been instrumental in training and electing Latinx candidates to Oregon school boards that oversee districts with large populations of Latinx students. In the spring of 2021 PCUN stood up nonviolently against racist statements of school board members in the second-largest district in the state, organizing protests outside of the school district office and other district administration buildings. They endorsed and campaigned for local school board candidates who promoted anti-racism, inclusion, and equity, which resulted in the election of PCUN-backed candidates to four of the seven board positions. They have also collaborated with Woodburn Education Association (WEA) to ensure that all families’ voices—with or without Internet access—are amplified in district decision making.

The steadfast work of PCUN to nonviolently advocate for improving all aspects of the lives of Oregon farmworkers and families continues the legacy of César Chávez’s philosophy, work, and leadership.